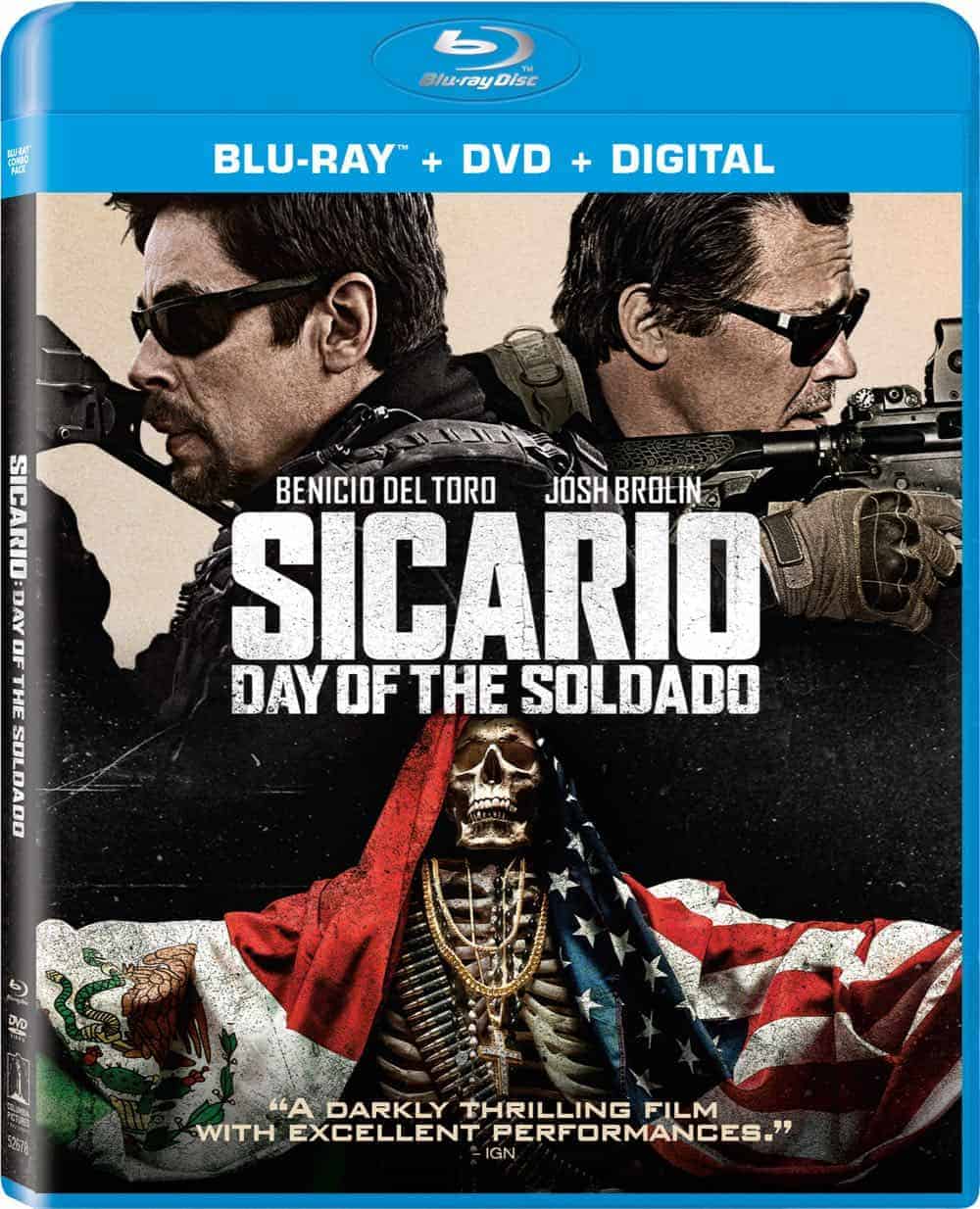 SICARIO: DAY OF THE SOLDADO Blu-ray, DVD, and Digital bonus features included three behind-the-scenes featurettes. Fans of the original Sicario can learn more about why this heart-pounding new chapter needed to be told in “From Film to Franchise: Continuing The Story” and can also take a deeper look into Sollima’s vision for the film, the intense action and real world connections in “An Act of War: Making Sicario: Day of the Soldado.” “The Assassin and the Soldier: The Cast and Characters” has Del Toro and Brolin leading the conversation about how their characters Matt and Alejandro have evolved in this film, and takes a look at the strong supporting cast.

Based on characters created by Sheridan, SICARIO: DAY OF THE SOLDADO was executive produced by Ellen H. Schwartz, Richard Middleton and Erica Lee. The film was produced by Basil Iwanyk, Edward L. McDonnell, Molly Smith, Thad Luckinbill and Trent Luckinbill.

Synopsis:
In SICARIO: DAY OF THE SOLDADO, the series begins a new chapter. In the drug war, there are no rules – and as the cartels have begun trafficking terrorists across the US border, federal agent Matt Graver (Josh Brolin) calls on the mysterious Alejandro (Benicio Del Toro), whose family was murdered by a cartel kingpin, to escalate the war in nefarious ways. Alejandro kidnaps the kingpin’s daughter to inflame the conflict – but when the girl is seen as collateral damage, her fate will come between the two men as they question everything they are fighting for.

SICARIO: DAY OF THE SOLDADO has a run time of approximately 123 minutes and is rated R for strong violence, bloody images, and language.