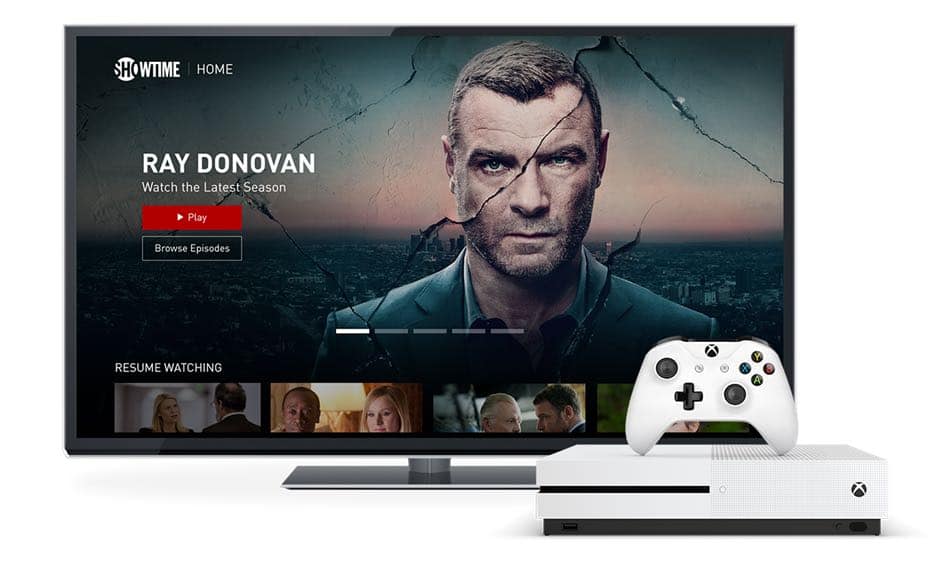 SHOWTIME has announced the launch of its stand-alone streaming service on the Xbox One game console from Microsoft. Starting today, Xbox One users can download the SHOWTIME streaming service app and use the activation code displayed to sign up and subscribe at www.showtime.com/xboxone for the price of $10.99 per month. New subscribers will be offered a 7-day free trial.

SHOWTIME streaming subscribers on Xbox One will have unlimited on demand access to thousands of hours of programming, including entire seasons of the award-winning original series HOMELAND, BILLIONS, RAY DONOVAN, THE AFFAIR, SHAMELESS and I’M DYING UP HERE and the limited event series TWIN PEAKS. Subscribers will also have access to the live broadcast of the network’s East and West Coast feeds, as well as hit movies, comedy specials, provocative documentaries and hard-hitting sports programming.

The SHOWTIME debut on Xbox One is the latest in a series of rollouts from the network to offer a seamless SHOWTIME experience across all connected devices and TV apps. Now, subscribers can effortlessly marathon series or discover new programs and then watch across all supported devices, easily resuming programs where they left off. In addition to streaming SHOWTIME from an Xbox One game console onto the television screen, subscribers can access the SHOWTIME app on phones, tablets and computers.

SHOWTIME will also update its TV everywhere application SHOWTIME ANYTIME® on Xbox One, which is available to SHOWTIME subscribers at no additional cost, through participating providers.

SHOWTIME is currently available to subscribers via cable, DBS and telco providers, and as a stand-alone streaming service through Apple®, Roku®, Amazon, Google and Samsung. Consumers can also subscribe to SHOWTIME via Hulu, YouTube TV, Sling TV, Sony PlayStation® Vue and Amazon Channels.  Subscribers can also watch on theSHOWTIME ANYTIME app and on their computers at www.showtime.com and www.showtimeanytime.com.