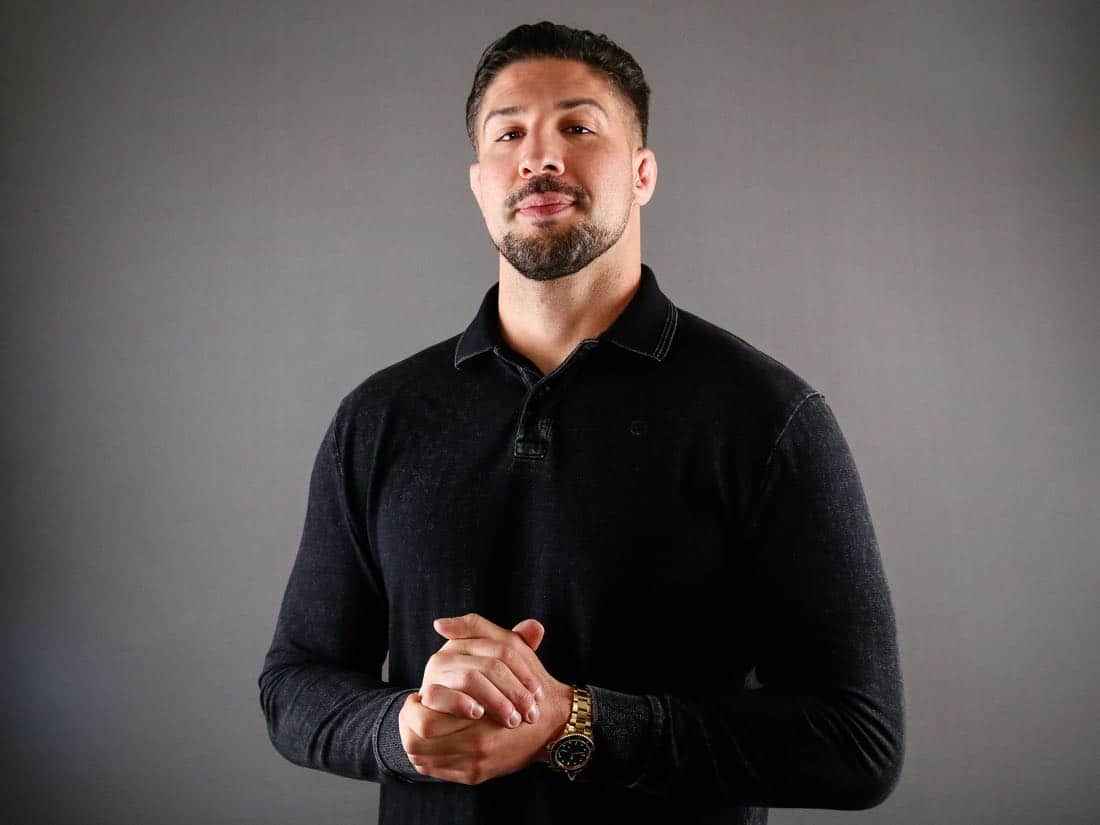 SHOWTIME Sports continues to expand its position at the intersection of combat sports and culture with a first-of-its-kind, sports talk show, BELOW THE BELT hosted by Brendan Schaub. The twice-monthly, 30-minute show debuts on Wednesday, February 28 on SHOWTIME Sports digital platforms, days before American heavyweight Deontay Wilder defends his WBC title against Luis Ortiz. The announcement was made today by Stephen Espinoza, President, Sports and Event Programming, Showtime Networks Inc.

BELOW THE BELT premieres each new show on the Below the Belt YouTube Channel and the Below the Belt Facebook Page. The program explores the latest news in combat sports and pop culture, with Schaub delivering candid thoughts in his unique and unfiltered style. BELOW THE BELT features interviews with the biggest names in combat sports and entertainment, road trips, fight camp visits, sketches, animation and pop-culture spoofs. The initial guest list of combat sports athletes and entertainers scheduled to appear on BELOW THE BELT includes Stone Cold Steve Austin, Paulie Malignaggi and Joe Rogan.

“Brendan brings an edge that resonates with today’s fight fans,” said Espinoza. “He has a fresh voice that is equal parts knowledgeable, funny and opinionated. BELOW THE BELT will complement SHOWTIME Sports programming to a broad audience on our digital platforms.”

This multi-platform program is unique in that it includes a weekly podcast and a composite program that airs once per month on SHOWTIME EXTREME. Following the digital debut on February 28, new shows launch on March 14, March 28, April 11, April 18, May 2 and May 16. The BELOW THE BELT podcast premieres on March 6, and the composite program premieres on March 29 on SHOWTIME EXTREME.

Schaub is a multi-platform entertainer, best known for his career in the UFC and as a personality in podcasting and comedy. Following his successful fighting career, where he was the runner-up of Spike TV’s “The Ultimate Fighter: Heavyweights,” Schaub has served as an expert analyst for both ESPN and Spike TV. Schaub currently co-hosts the popular podcast “The Fighter and The Kid” averaging over nine million downloads per month. His “Big Brown Breakdown” podcast, averaging over four million downloads per month, transitions under the BELOW THE BELT franchise. Parlaying his hosting talent from podcasts to television, Schaub was named a correspondent on “After Party” for the E! Network, and co-hosted this year’s Golden Globes and Grammy Awards after-shows. Schaub is set to reprise his role in the upcoming Academy Awards after-show. Additionally, Schaub performs sold-out live comedy shows across North America, Australia, London and Dublin, including regular solo stand-up sets at the world-famous Comedy Store, Hollywood Improv and The Laugh Factory.

BELOW THE BELT is produced by SHOWTIME Sports with Embassy Row.