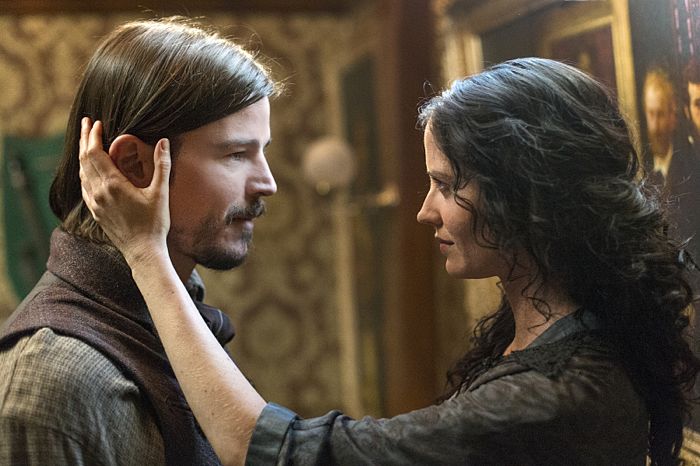 “John Logan’s brilliant writing and this amazingly talented ensemble continue to draw a passionate, global fan base into the meticulously crafted world of PENNY DREADFUL,” said Nevins. “Together with our wonderful partners at Sky Atlantic, we’re excited to see what new haunts John and his team have in store for season three.”

“PENNY DREADFUL is the perfect fit for Sky Atlantic; truly international in scale and ambition but with a raft of British talent at its core, and filmed in the Republic of Ireland.” said Zai Bennett, Director of Sky Atlantic. “I’m thrilled to have the series returning to the channel, and to once again be partnering with John Logan and continuing to work with our good friends at SHOWTIME.”

PENNY DREADFUL’s second season has found Vanessa Ives (Eva Green) and Ethan Chandler (Josh Hartnett) forming a deeper bond as the group, including Sir Malcolm (Timothy Dalton), Dr. Frankenstein (Harry Treadaway), and Sembene (Danny Sapani), unite to banish the evil forces that threaten to destroy them. Meanwhile, Dorian Gray (Reeve Carney) and the Creature (Rory Kinnear) are all waging battles of their own. Two-time Tony® Award winner Patti LuPone appeared as a special guest star, a mysterious character of great importance in Vanessa’s past. Helen McCrory returned as Evelyn Poole, the seductive spiritualist who poses a unique threat to our protagonists, along with Simon Russell Beale, who is back as eccentric Egyptologist Ferdinand Lyle. Additional guest stars include Douglas Hodge as a Scotland Yard investigator and Sarah Greene as Poole’s powerful daughter, Hecate.  PENNY DREADFUL is created, written and executive produced by John Logan (Hugo, The Aviator, Gladiator) and executive produced by Logan’s Desert Wolf Productions, and by Oscar winner Sam Mendes (American Beauty, Skyfall) and Pippa Harris’ (Revolutionary Road, Call The Midwife) Neal Street Productions. A co-production with Sky Atlantic, PENNY DREADFUL is shot on location in Dublin, Ireland.

SHOWTIME is currently available to subscribers via cable, DBS or telco providers. Starting in early July consumers will also have the option to subscribe to SHOWTIME through its stand-alone streaming service on Roku® and Apple® devices, or through Sony PlayStation® Vue. Consumers will have access to the live broadcast of the network’s east and west coast feeds, as well as unlimited on demand access to every season of award-winning SHOWTIME original series, and hundreds of hours of movies, documentary and sports programming.