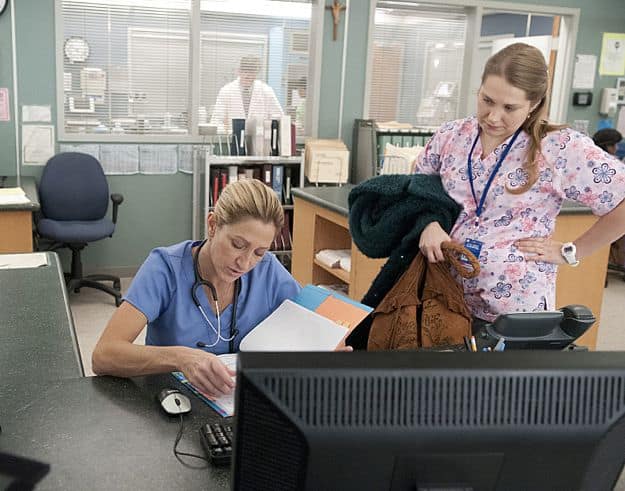 Today, SHOWTIME announced that its critically-acclaimed comedy series NURSE JACKIE has been renewed for a sixth season to premiere in 2014.  The announcement was made by David Nevins, President of Entertainment, Showtime Networks Inc.  A co-production of SHOWTIME and Lionsgate, NURSE JACKIE stars actress Edie Falco in her Emmy® Award-winning role as Jackie Peyton, a strong-willed and brilliant – but very flawed – emergency room nurse.  The fifth season of the series currently airs on Sunday nights at 9 p.m. ET/PT, and the season five finale will air on Sunday, June 16. Emmy Award nominee Clyde Phillips serves as showrunner and executive producer.  Caryn Mandabach, Richie Jackson and Tom Straw also serve as executive producers. Production for the sixth season will begin this fall in New York.

“NURSE JACKIE is an essential part of the SHOWTIME brand, and we are thrilled with the series’ growth in its fifth season,” said Nevins. “Under the new leadership of Clyde Phillips, and with an amazing cast led by Edie Falco, this show is as sharp and compelling and entertaining as ever. I’m excited to get to see the next chapter in Jackie’s life.”