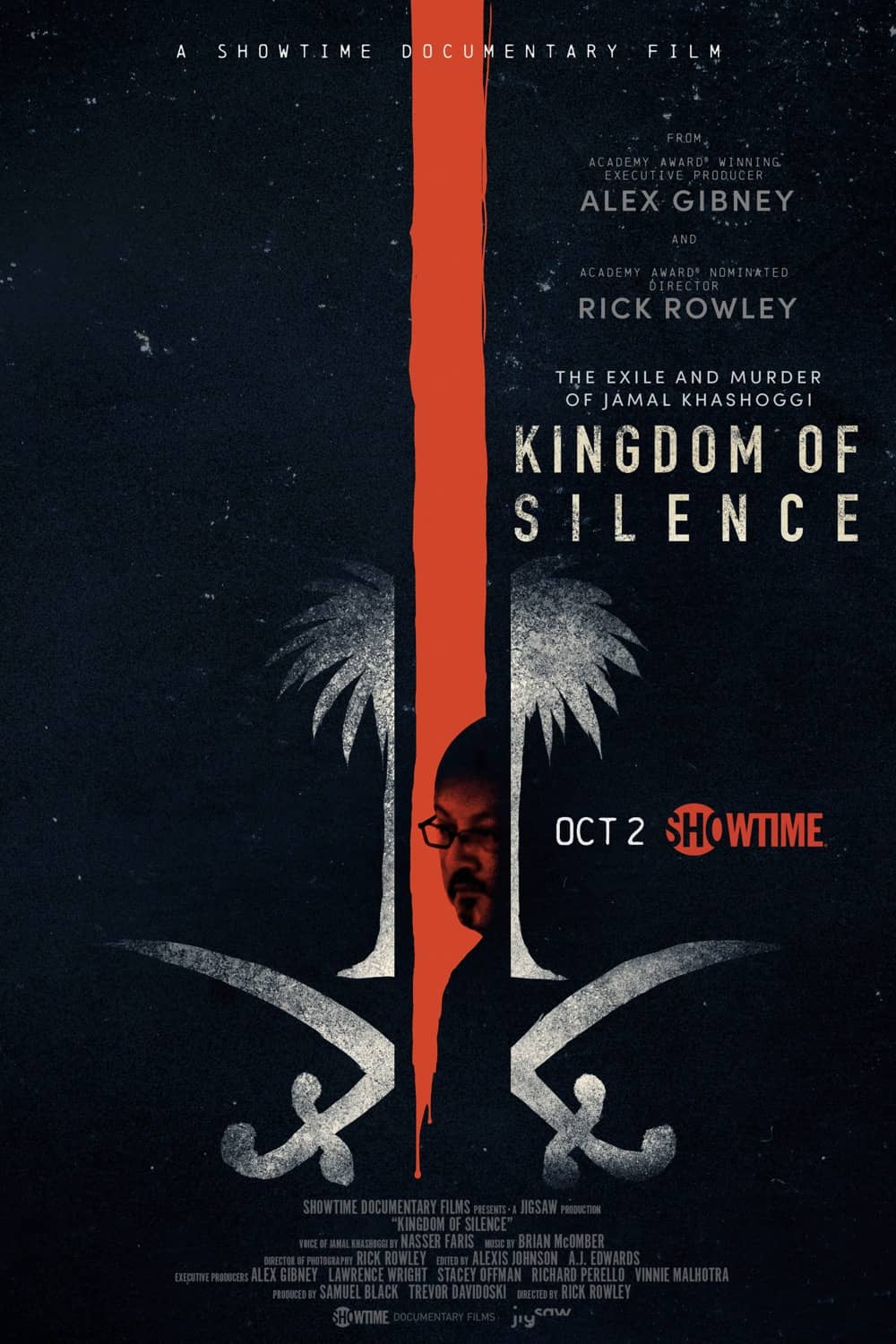 SHOWTIME announced today it will premiere the Showtime Documentary Film KINGDOM OF SILENCE, exploring the complicated dynamic between the United States and Saudi Arabia as a backdrop to the 2018 murder of Washington Post journalist and U.S. resident Jamal Khashoggi, on Friday, October 2 at 9 p.m. ET/PT. The film is directed by Oscar nominated and Emmy winning filmmaker Rick Rowley (16 SHOTS, Dirty Wars) and will premiere on the second anniversary of Khashoggi’s death. Oscar and Emmy® award winning director Alex Gibney (ENEMIES: THE PRESIDENT, JUSTICE & THE FBI) is executive producing the film in collaboration with Emmy and Pulitzer Prize-winning author Lawrence Wright (The Looming Tower).

With the killing of Khashoggi as a launching point, KINGDOM OF SILENCE will explore the history between the U.S. and Saudi Arabia in the decades leading up to today’s troubling interactions between the Trump administration and Saudi Crown Prince Mohammed bin Salman. In the process, the film shines new light on Khashoggi’s remarkable journey – from the battlefields of Afghanistan to the halls of power in Riyadh and Washington, from the Arab Spring to the rise of Saudi Arabia’s new Crown Prince.

Rowley is an Emmy winning, Oscar nominated director. His films have won Television Academy Honors, the DuPont-Columbia Award, a Peabody Nomination, and have been honored at festivals around the world. Gibney is a preeminent documentarian, with his projects earning an Academy Award, multiple Emmy Awards, a Grammy® Award, several Peabody Awards, the DuPont-Columbia Award and Writers Guild Awards. Gibney was awarded the International Documentary Association (IDA) Career Achievement Award in 2013 and the first ever Christopher Hitchens Prize in 2015. Wright is an acclaimed author and staff writer at the New Yorker, and was awarded the Pulitzer for his book The Looming Tower: Al-Qaeda and the Road to 9/11. Gibney and Wright previously collaborated on the Emmy-nominated series The Looming Tower and the three-time Emmy-winning documentary Going Clear: Scientology and the Prison of Belief, based on Wright’s book Going Clear: Scientology, Hollywood and the Prison of Belief.