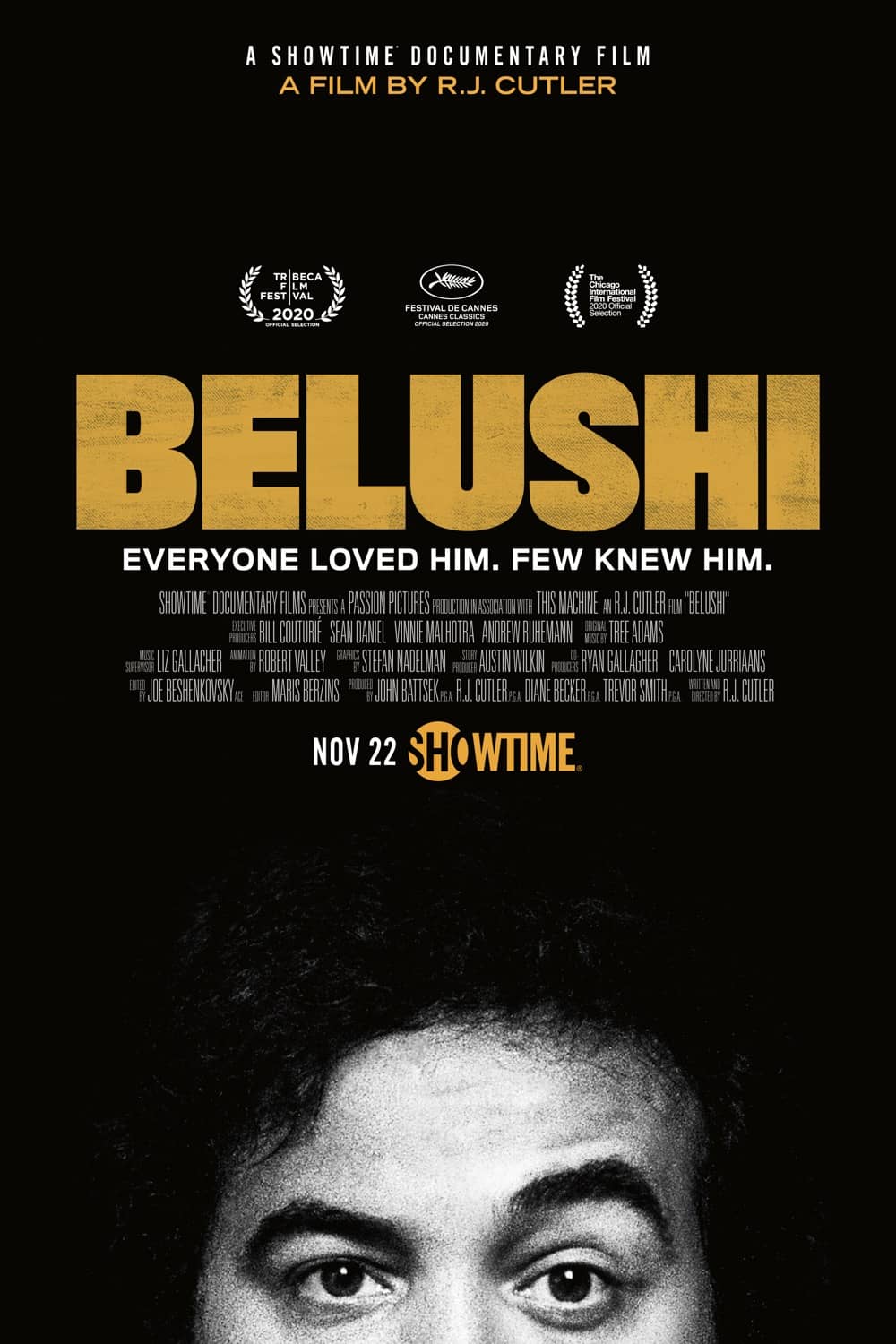 SHOWTIME has released the trailer and poster art for the upcoming documentary BELUSHI. The feature-length film examines the too-short life of the once-in-a-generation talent John Belushi, who captured the hearts and funny bones of devoted audiences. Directed by R.J. Cutler (the upcoming Billie Eilish: The World’s a Little Blurry, The September Issue, The War Room) and produced by John Battsek (One Day In September, The Tillman Story), the documentary will screen at Cannes Classics 2020, the Chicago Film Festival and AFI Fest ahead of its premiere on Sunday, November 22 at 9 p.m. ET/PT on SHOWTIME.

Told using previously unheard audiotapes, BELUSHI examines his extraordinary life in the words of his collaborators, friends and family, including Dan Aykroyd, Jim Belushi, Penny Marshall, Lorne Michaels, Carrie Fisher, Chevy Chase, Harold Ramis, Jane Curtin, Ivan Reitman and his high school sweetheart and later wife Judy Belushi. It was a visit to the Second City theater in Chicago where Belushi discovered his true calling, and from that moment he became an unstoppable and pioneering force in the comedy world. With his insatiable drive taking him from National Lampoon’s Lemmings and Radio Hour to becoming one of the founding cast members on Saturday Night Live, Belushi kept the candle burning at both ends. He simultaneously appeared on SNL each Saturday night while filming Animal House and forming a band, the Blues Brothers. The result: By age 30, Belushi was on the No. 1 television show, had the No. 1 comedy in movie history and the No. 1 record album in the world. But as Belishi’s fame grew, so did his demons, and not even his wife Judy could save him from the drug use that would eventually take his life. This film captures the complicated and singular essence of a beloved American icon who changed culture and comedy forever.