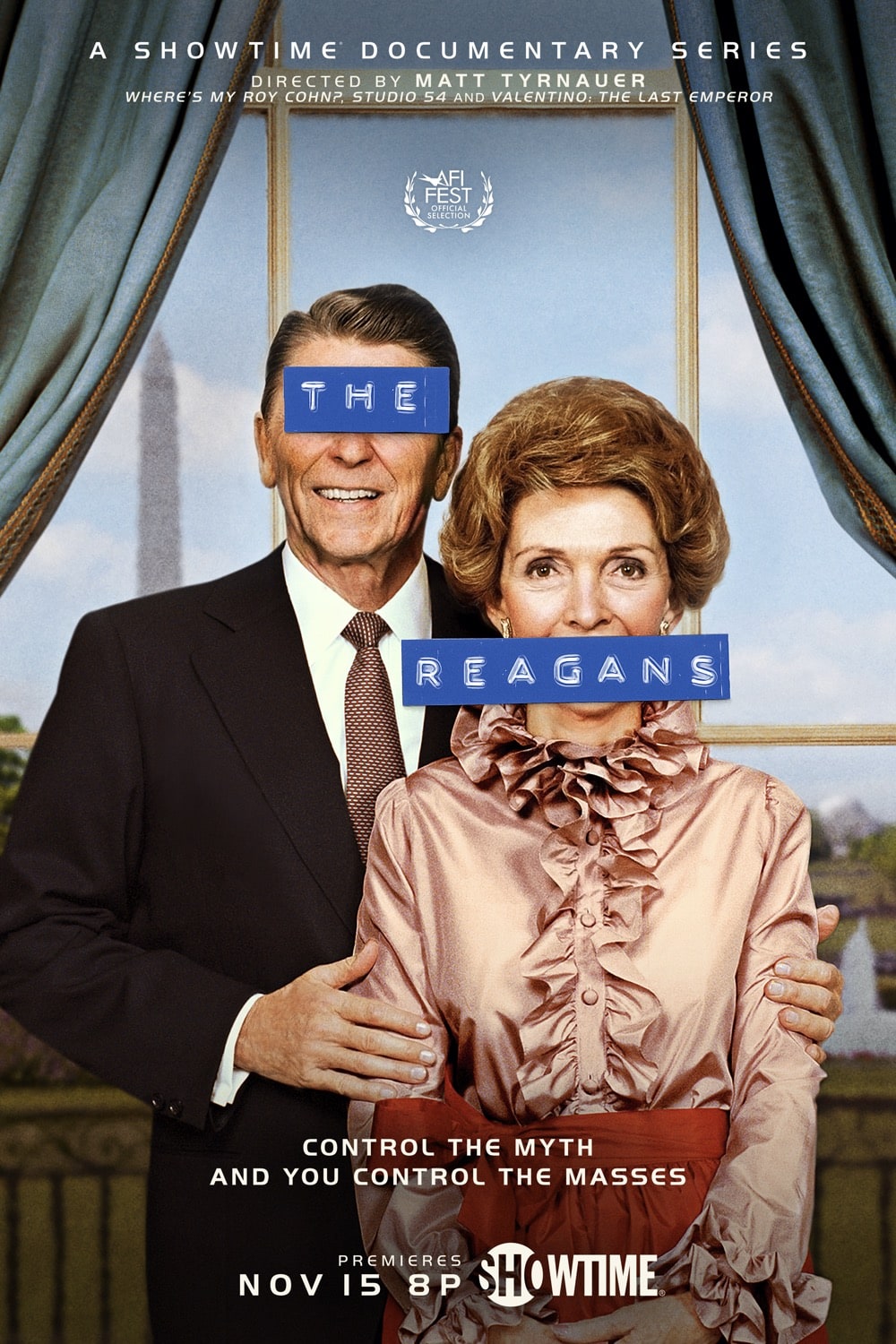 SHOWTIME has released the trailer and poster art for the upcoming docu-series THE REAGANS. Directed by Matt Tyrnauer (Where’s My Roy Cohn?, Studio 54), the four-part series contextualizes the legacy of Ronald and Nancy a generation later while exploring the palace intrigue of the Reagan White House years. THE REAGANS will premiere on Sunday, November 15 at 8 p.m. ET/PT on SHOWTIME.

Featuring never-before-seen material and interviews with the couple’s most intimate family and friends including Ronald Reagan Jr., THE REAGANS explores the indelible mark the Reagans left on society, the nation and the world, as well as how their impact resonates in the conservative movement of today. By shining a light on the truths behind the Reagan myth and critically analyzing Ronald Reagan’s quest for power, his mode of governing, the ripple effects of his economic policies and the unprecedented role Nancy Reagan played in the White House, the series redefines the Reagans a generation after they stood at the center of the national and global stage. Covering Reagan’s rise from movie star to politician and tackling his questionable record on race, the administration’s near collapse amid the Iran-Contra scandal, and inaction in the face of the HIV pandemic, THE REAGANS offers an epochal look at a recent past that has much to do with our turbulent present.

THE REAGANS is produced for SHOWTIME by Altimeter Films. In addition to directing, Tyrnauer serves as an executive producer with Corey Reeser and Stephen J. Morrison.