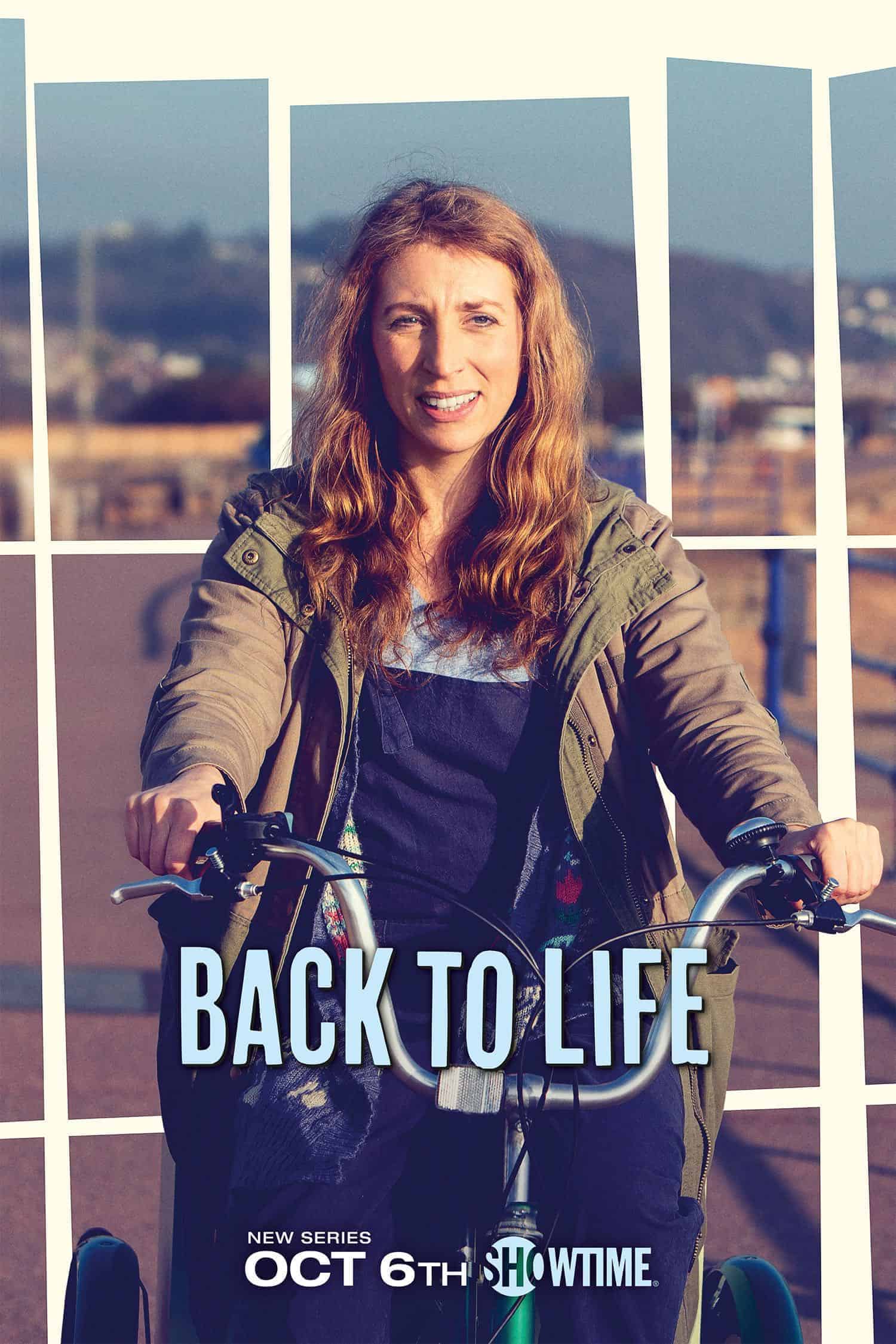 SHOWTIME has released the official trailer and poster for the new six-episode comedy series BACK TO LIFE. From Fleabag producers Harry and Jack Williams and Daisy Haggard (EPISODES), Back To Life was created by Haggard and written by Haggard and Laura Solon. The new series will premiere on SHOWTIME on Sunday, October 6 at 8:30 p.m. ET/PT. Haggard plays Miri Matteson, who, after 18 years behind bars, returns home and stumbles back into adult life in the coastal town she once knew, while the mystery of her past looms large. The announcement was made today by Gary Levine and Jana Winograde, Presidents of Entertainment, Showtime Networks Inc., at the Television Critics Association’s Summer Press Tour.

BACK TO LIFE follows Miri’s first few weeks out of prison navigating her way in a new world, trying (and frequently failing) to lead a normal life in her picturesque but claustrophobic seaside hometown. Miri attempts to rekindle old relationships, make new ones, look for work and readjust to life outside, while desperately waiting for the world to forget about what happened that fateful night. Guiding Miri as she tries to adapt are a cast of offbeat and intriguing characters with secrets of their own, including her sexually frustrated mother Caroline (Geraldine James), her obsessive environmentalist father Oscar (Richard Durden) and her parole officer with no filter, Janice (Jo Martin). Viewers will also meet her first love Dom (Jamie Michie), ex-best friend Mandy (Christine Bottomley), next-door neighbor Billy (Adeel Akhtar) and fish-and-chips shop owner and new boss Nathan (Liam Williams).

BACK TO LIFE is produced by Two Brothers Pictures for BBC Three, UK in association with all3media international. The series is produced by Debs Pisani and directed by Chris Sweeney. The executive producers are Harry and Jack Williams (Fleabag, The Missing) alongside Sarah Hammond for Two Brothers Pictures, and Daisy Haggard, Laura Solon and Chris Sweeney.