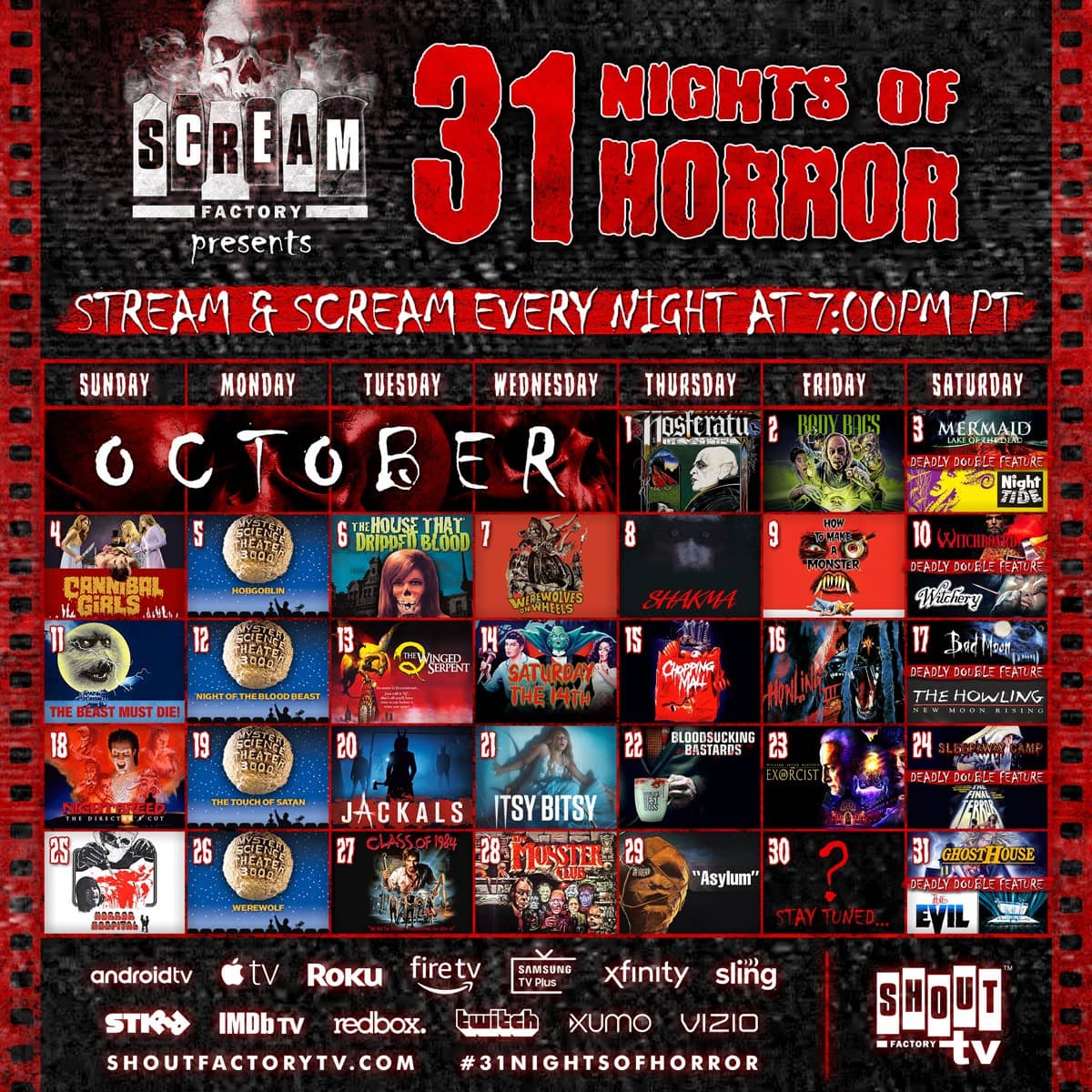 This October, Shout! Factory TV and Scream Factory proudly present 31 Nights of Horror. Fans can tune in each evening throughout the entire month for a macabre movie that’s sure to satisfy cravings for all things creepy. Each night of the stream will feature a genre favorite such as Witchboard, Bad Moon, Sleepaway Camp, The Exorcist III, Clive Barker’s Nightbreed: Director’s Cut and many more.

Viewers will also be treated to a deadly double feature every Saturday in October for twice the terror. And since no skeleton is complete without a funny bone, 31 Nights of Horror will feature a distinctively eerie episode of Mystery Science Theater 3000 for every MSTie Monday, including episodes MST3K: Night of the Blood Beast, MST3K: Werewolf and MST3K: The Touch of Satan. Fans should also stay tuned for an upcoming announcement of a special presentation on Saturday, October 30.

All films featured in 31 Nights of Horror will also be available for viewing on demand on ShoutFactoryTV.com; Shout! Factory TV’s Roku, Amazon Fire, Apple TV, and Android apps; and on various Shout! Factory TV branded channels including Tubi TV, Amazon Prime Channels, and the Roku Channel.