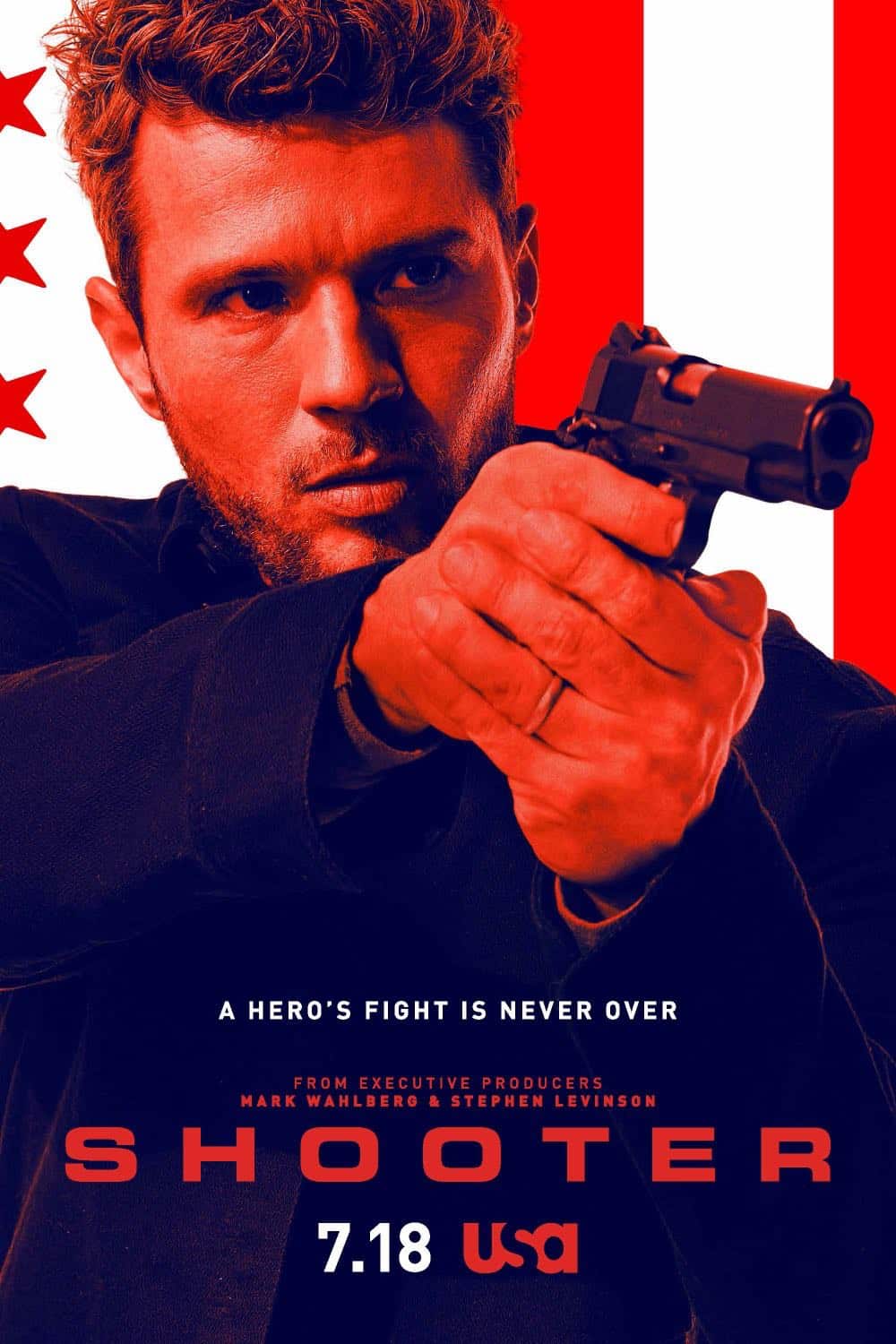 “SHOOTER” is USA Network’s new conspiracy thriller based on the best-selling novel “Point of Impact” by Stephen Hunter, and the 2007 Paramount film starring Mark Wahlberg. Starring Ryan Phillippe (“Secrets and Lies”), the series follows the journey of Bob Lee Swagger, a highly-decorated veteran who is coaxed back into action to prevent a plot to kill the President. When Swagger’s former commanding officer Isaac Johnson (Omar Epps, “House”) solicits his expertise in a clandestine operation, Swagger discovers that he is has been framed and must do everything in his power to protect his family and clear his name.