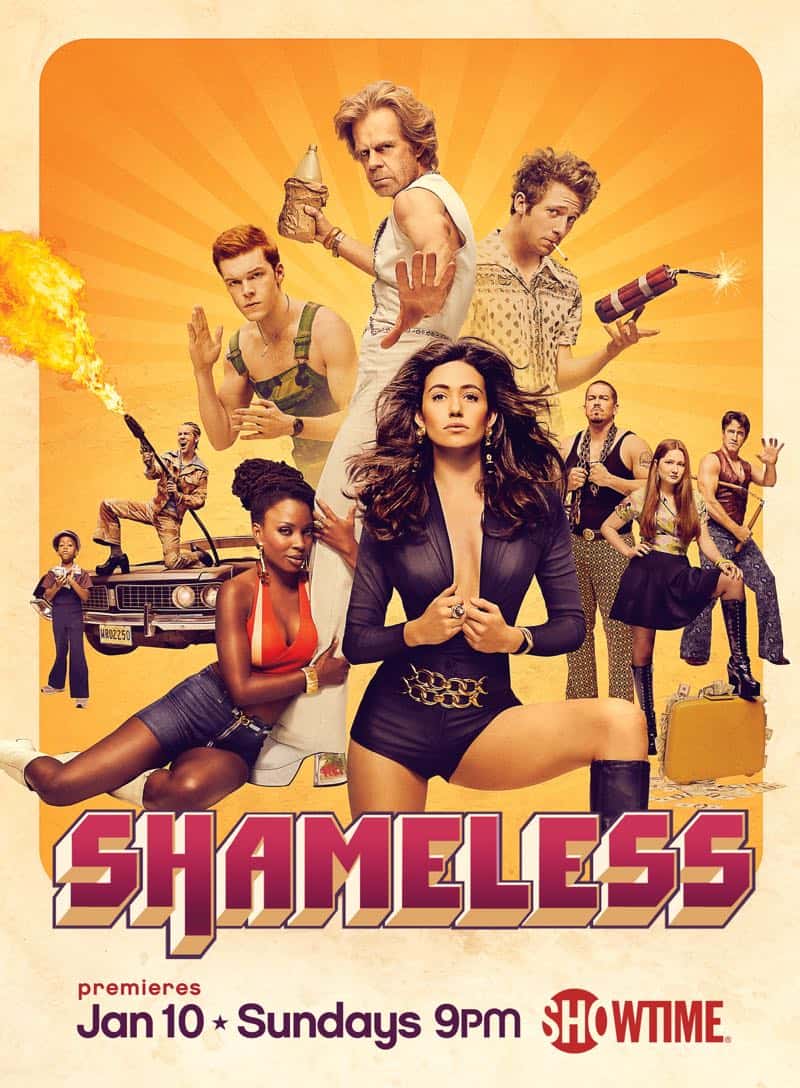 SHOWTIME unveiled the poster art and first teaser for the sixth season of the network’s number one comedy series, SHAMELESS, which will now premiere on Sunday, January 10th at 9 p.m. ET/PT. SHAMELESS stars Oscar®nominee and Emmy® winner William H. Macy as patriarch Frank Gallagher and Golden Globe® nominee Emmy Rossum as daughter and family leader Fiona. This season, the Gallaghers are hitting a new groove as major changes attempt to pull the tight-knit clan apart.

SHAMELESS season six picks up a few months after last year’s finale, as the Gallaghers prepare for yet another long Chicago winter. This season will see more than just the arctic Lake Michigan winds whipping through the Southside. Change is hard and the Gallaghers are as surprised as anyone at how life is turning out for them. But the question remains, as they come into their own and find out who they are, is it really possible that the Gallaghers could grow apart for good? The series stars William H. Macy and Emmy Rossum, along with Jeremy Allen White, Ethan Cutkosky, Shanola Hampton, Steve Howey, Emma Kenney, and Cameron Monaghan. Based on the long-running hit U.K. series, SHAMELESS is executive produced by Emmy Award winning television and film producer John Wells, Andrew Stearn, Christopher Chulack, Davey Holmes, Nancy M. Pimental and Krista Vernoff. Wells developed the series for American television. Paul Abbott serves as executive consultant. SHAMELESS is produced by Bonanza Productions Inc., in association with John Wells Productions and Warner Bros. Television.

SHOWTIME is currently available to subscribers via cable, DBS and telco providers, and as a stand-alone streaming service through Apple®, Roku®, Amazon and Google. Consumers can also subscribe to SHOWTIME via Hulu and Sony PlayStation® Vue.