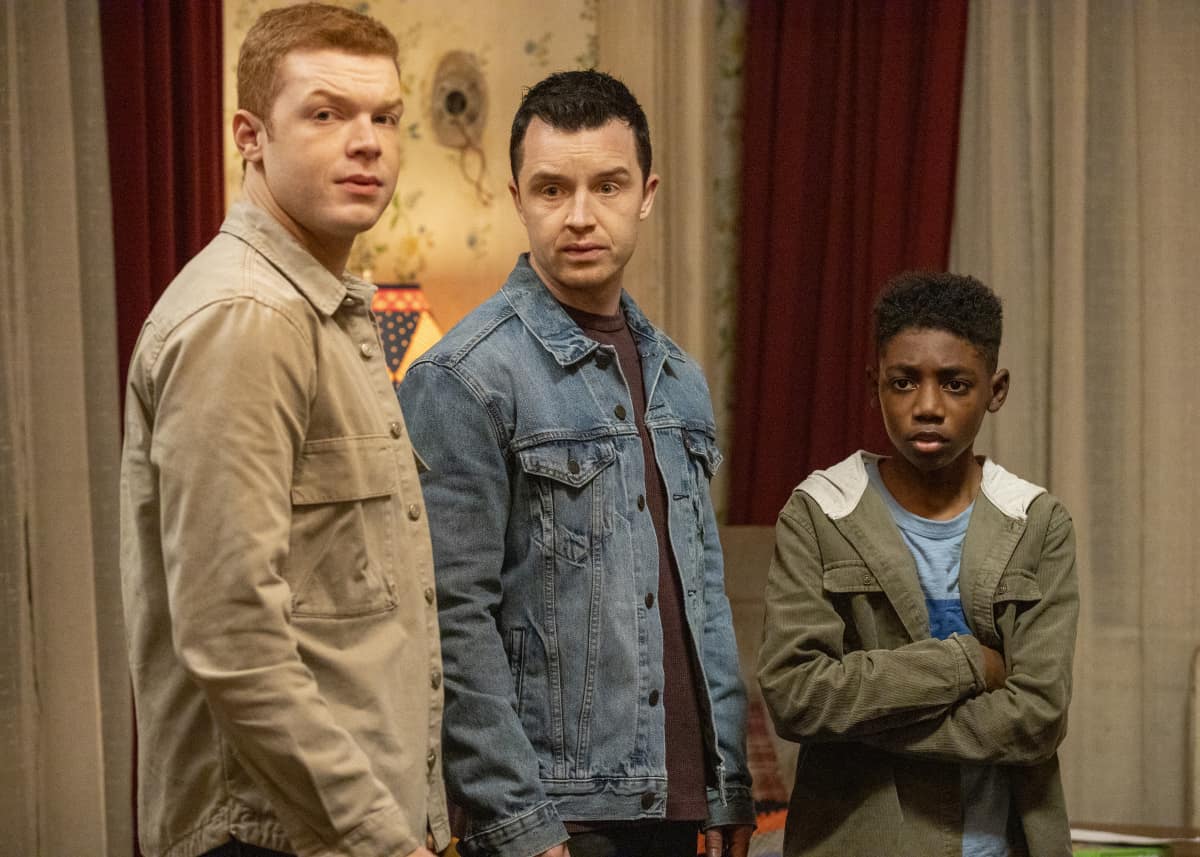 SHAMELESS Season 11 Episode 7 Photos Two At A Biker Bar One In The Lake – The Gallaghers disagree on the fate of their childhood home so a stranded Frank tries to get back to weigh in on the matter. Realizing that they have none, Ian and Mickey embark on a journey to find gay friends. Carl is upset after his night with Tish, and Debbie and Sandy have another visitor from Sandy’s past. s11e07 11×07 11.07