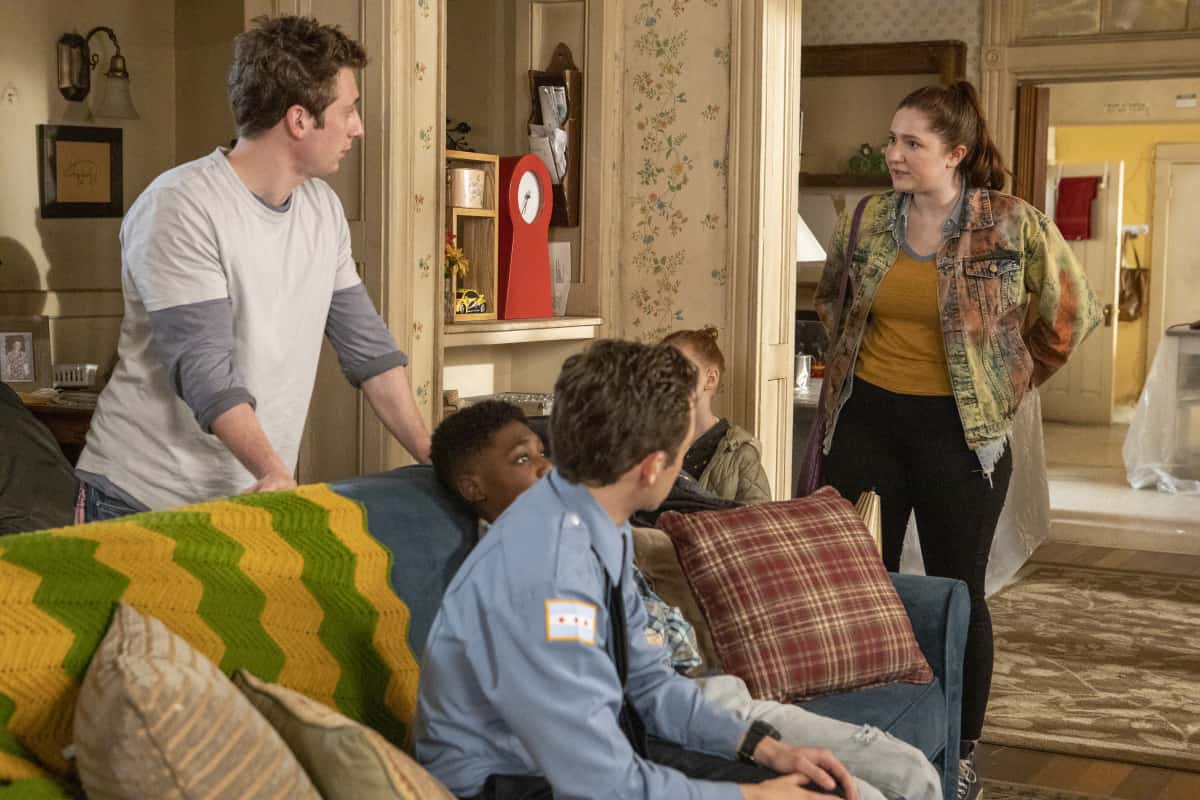 SHAMELESS Season 11 Episode 10 Photos DNR – Lip has a million projects going on, and Frank is one of them; Liam is forced to watch Frank, so the two of them embark on a journey to take down Liam’s classmate in an effort to get Liam into STEM school; Carl’s disillusionment with the police force comes to a head; Debbie embraces the next chapter of her life and hunts for a new place; Mickey and Ian toy with the idea of the West Side; Kev meets Veronica in Louisville in a last-ditch effort to convince Carol not to move.

The final season of SHAMELESS finds the Gallagher family and the South Side at a crossroads, with changes caused by the COVID pandemic, gentrification and aging to reconcile. As Frank (William H. Macy) confronts his own mortality and family ties in his alcoholic and drug-induced twilight years, Lip (Jeremy Allen White) struggles with the prospect of becoming the family’s new patriarch.

Newlyweds Ian (Cameron Monaghan) and Mickey (Noel Fisher) are figuring out the rules and responsibilities of being in a committed relationship while Deb (Emma Kenney) embraces her individuality and single motherhood. Carl (Ethan Cutkosky) finds an unlikely new career in law enforcement and Kevin (Steve Howey) and V (Shanola Hampton) struggle to decide whether a hard life on the South Side is worth fighting for.