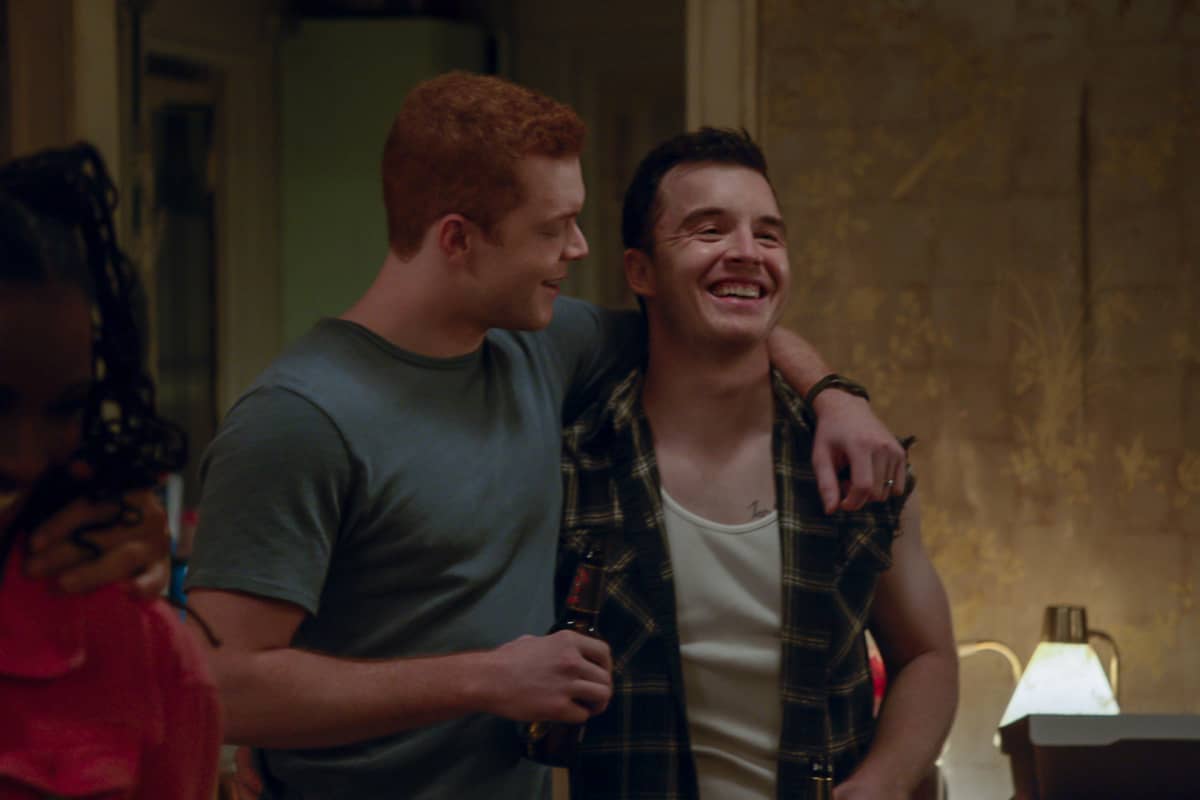 SHAMELESS Season 11 Episode 1 Photos This Is Chicago! – Shameless s11e01 11×01 – THIS IS CHICAGO! Original Air Date: Dec 6, 2020 The Gallaghers adjust to life during the pandemic: Frank fears the loss of the South Side to gentrification, while bar closures force Kev and V to get creative at the Alibi. Sleep-deprived Lip and Tami work to make their new house a home as Carl finishes his time at the police academy. Debbie becomes her own boss and deals with the repercussions of her statutory rape conviction of 17-year-old Julia. Ian and Mickey’s honeymoon phase is over as they have very different ideas about what married life would be.