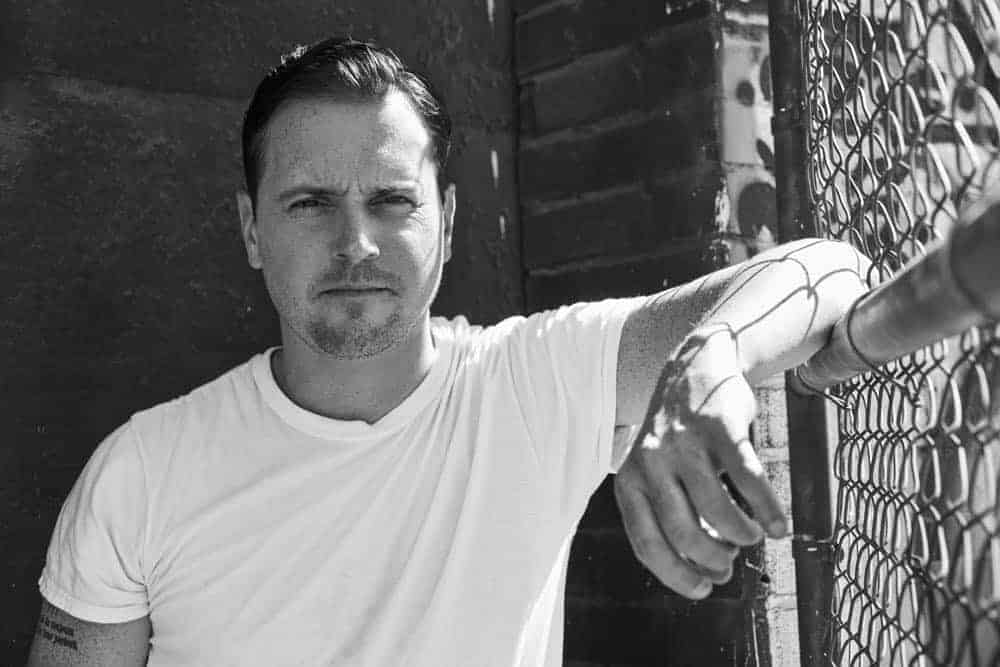 In the new Netflix drama series SEVEN SECONDS, the death of a young boy sets off a chain of events including a potential police cover up and surrounding racial tensions. There is no easy answers when it comes to the death of a child. It is tragic and heart-breaking, and everyone involved must ask themselves: what is justice? In an exclusive interview, Michael Mosley talks about his role in this thought-provoking drama and some of the take aways he has had as a working actor in Hollywood.

What was the initial appeal for you about portraying Joe ‘Fish’ Rinaldi and working on Netflix’s SEVEN SECONDS?
MICHAEL: I really wanted to work with Veena and Gavin and Lawrence. And the idea of doing something that lended itself to a higher conversation.

How would you describe who Joe is in the series?
MICHAEL: I think Joe is a lonely, cynical dude who feels a little thrown away by life. His wife engaged in extracurricular activities behind his back. His daughter doesn’t want to live with him. His only friends are his dogs, who’ve also been thrown away. And KJ when they’re mistrust for one another begins to thaw. I also think he hates bullies.

What do you most admire about him?
MICHAEL: It’s what I admire in the homicide detectives I met with when researching the role. They’re ability to separate themselves from the horror of a situation in order to get a job done. To not be wringing their hands. To keep their heads. If someone was investigating the murder of a loved one of mine, I’d want it to be one of the homicide detectives that I met.

What was it like working alongside the talented ensemble on SEVEN SECONDS?
MICHAEL: Well Clare (Ashitey) was exhausting. Such a diva. Wouldn’t come to set without her Uggs and her room temperature cucumber water. Just kidding. I couldn’t have designed a better scene partner. KJ was my quarterback. Always asking questions and pushing us to make this thing the best it could be. She’s a boss. As for the others, I rarely saw them. The butlers stayed in their world. Vice cops were in their world. And Seth, Kadeuce and the corner was a whole other world. We would have scenes but the rest of the cast often did their juiciest stuff when KJ and I weren’t looking. When I watched the show, I was seeing the bulk of their work for the first time. I was blown away. Everyone is so talented and did such a great job. And of course, Regina is the queen.

What is your proudest achievement working on SEVEN SECONDS?
MICHAEL: Working with Jonathan Demme before he passed was an honor.

Any favorite scenes that you can share from working on the series?
MICHAEL: After watching KJ (Clare-Hope Ashitey) give her closing argument I went up to her and said, “I think we have a show.” And Nadine and I yucked it up quite a bit. She’s also super talented.

How would you describe the KJ and Joe dynamic through the series?
MICHAEL: They’re both world weary and cynical, but by some stroke of luck they get partnered up, and each manages to remind the other that they still have the chase in their hearts.

As an actor, what has been the one thing you haven taken away from the experience of working on SEVEN SECONDS?
MICHAEL: There’s never one thing you take away from a project. You take away a hundred things. And usually you don’t know what they are until a camera is pointed at you for something else. Lessons. Hopefully you take away some friends too.

You also worked on OZARK. What did you enjoy about working on that show? What did you take away from that acting experience on OZARK?
MICHAEL: OZARK was amazing. Jason [Bateman] is such an amazing boss. We do some pretty dark stuff on that thing, but Jason manages to keep things light. Motivated, but light. Marty Byrd has a lightness to him. It’s a skill Jason has that’s so idiosyncratic. To be able to sprinkle a tinge of snark while he’s crying with a gun to his head. He’s awesome. When I read the script for that last scene I was like, “they want me to do what?”

What has surprised you most about your career so far?
MICHAEL: That I have one.

At this stage of your career, what do you think you have learned from the roles and projects you have worked on?
MICHAEL: A lot of the fun stuff for me has been off-camera. Having beers with homicide detectives. Meeting pilots when I shot PAN AM and doing flight simulation. Ride-alongs with EMTs for SIRENS. Watching Denis Leary work the crowd at the TCAs. Shooting the shit with stuntmen, and DPs, and Gaffers, and PAs, and teamsters. Every time I wrap one of these things I realize it takes a village. Being part of this industry and community is really really cool for a dude from Waterloo, Iowa.

Then what are the perks of where you are in your career right now?
MICHAEL: Don’t have to bartend anymore.

If there were one previous role you would like to revisit, which would it be and why?
MICHAEL: I’d probably go back and tinker with all of them. That’s why they call “cut” and “moving on.”

Has there been any great advice you have gotten about working as an actor?
MICHAEL: Directors and writers often contest me on this, but I think actors get what I mean. James McDaniel told me, “You can’t do anything wrong.”

What advice would you offer to other upcoming and aspiring actors?
MICHAEL: Just keep your head down and keep going. Baseball players get in the hall of fame for getting out 7 out of 10 times. It’s about the quantity of opportunity. Or at least it was for me. And don’t take yourself too seriously. No one’s curing cancer. Stay lose.

Do you have any other upcoming projects that you can share that fans should keep an eye out for?
MICHAEL: 😳

To see how Michael’s character ‘Fish’ navigates the controversy during the internal investigation of the boy’s death, be sure to check out SEVEN SECONDS, available for binge-watching now on Netflix. To find out more about the show, you can follow the show on Twitter @7SecondsNetflix and to follow Michael’s career, you can follow him on Twitter as well @mikemosley.