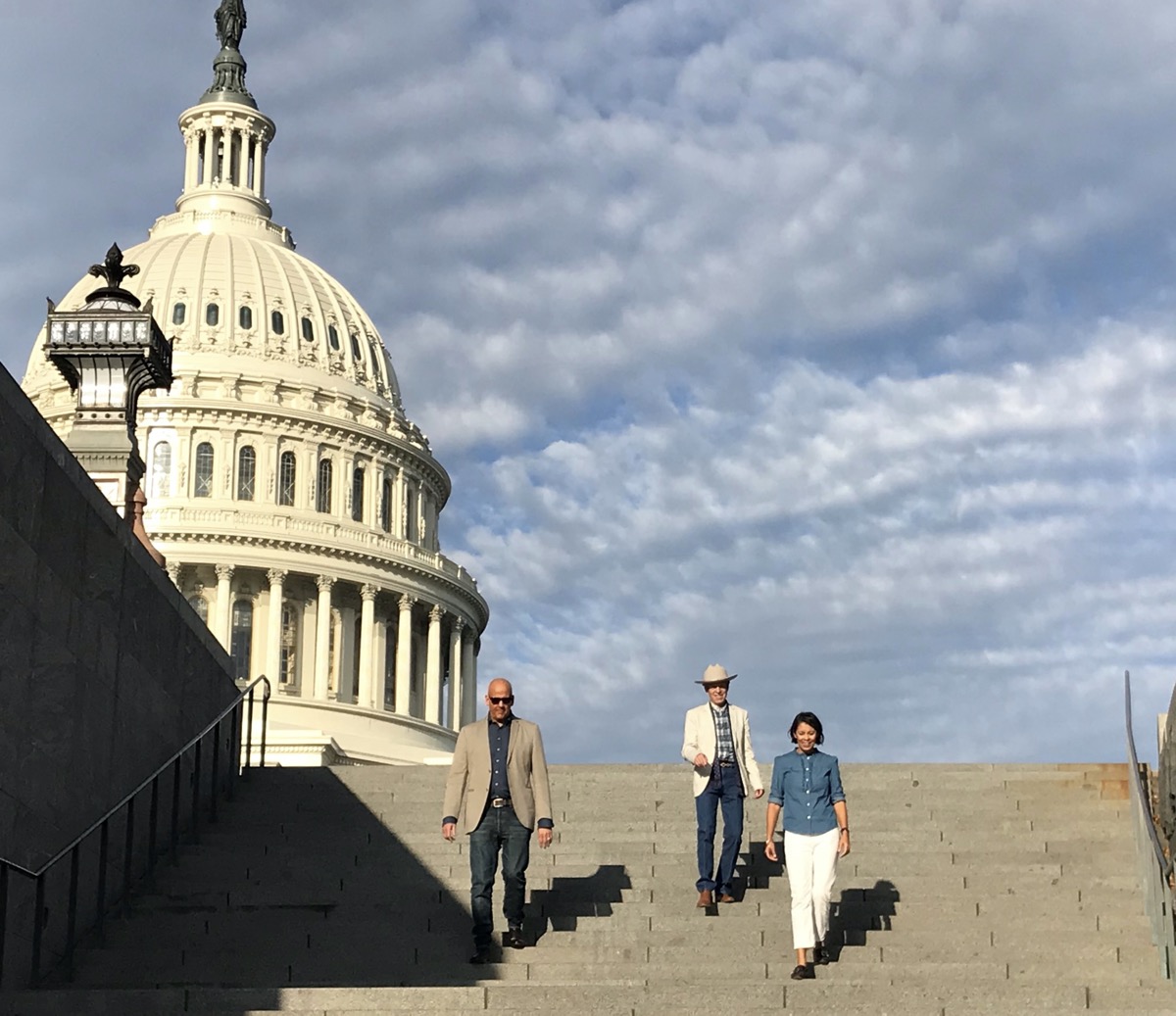 THE CIRCUS returns to SHOWTIME as America approaches a monumental presidential election, confronts systemic racism and endures a deadly pandemic and economic upheaval. New weekly 30-minute episodes will premiere on Sunday, August 16 at 8 p.m. ET/PT and continue through the election.

Co-hosts John Heilemann, Alex Wagner, and Mark McKinnon will again take viewers behind the scenes as the Trump and Biden campaigns hurtle toward a historic Election Day in November. THE CIRCUS launched the first part of its fifth season this past winter and averaged more than 1 million viewers weekly, continuing to be the top docuseries on the network.

John Heilemann is a co-founder of Recount Media and Executive Editor of The Recount, a new video platform for short-form political news, analysis, and commentary. Heilemann is national affairs analyst for NBC News and MSNBC — where he appears regularly on Morning Joe, Deadline: White House, The Last Word and The 11th Hour — and co-author of the runaway New York Times bestsellers Game Change and Double Down, widely regarded as the definitive chronicles of the 2008 and 2012 presidential elections, respectively. Game Change was adapted into a movie of the same name that went on to win five Emmy Awards, three Golden Globes and a Peabody Award.

Mark McKinnon is a political advisor, reform advocate, media columnist and television producer. He was the chief media adviser to five successful presidential primary and general election campaigns and is cofounder of No Labels, an organization dedicated to bipartisanship, civil dialogue and political problem solving. McKinnon has worked for many causes, companies and candidates, including former President George W. Bush, Senator John McCain, Governor Ann Richards, and Bono.

Alex Wagner is a special correspondent for CBS News and a contributing editor at The Atlantic. She is also the author of the book Futureface: A Family Mystery, an Epic Quest and the Secret To Belonging, which examines American immigration and racial identity in the 21st century. Previously, Wagner hosted the Emmy® nominated MSNBC political affairs program NOW with Alex Wagner. Before joining MSNBC, she was a reporter with the Huffington Post, investigating the intersection of business, politics and new technology. Prior to this, she served as the White House correspondent for Politics Daily and was the Editor-in-Chief of the award-winning FADER magazine.