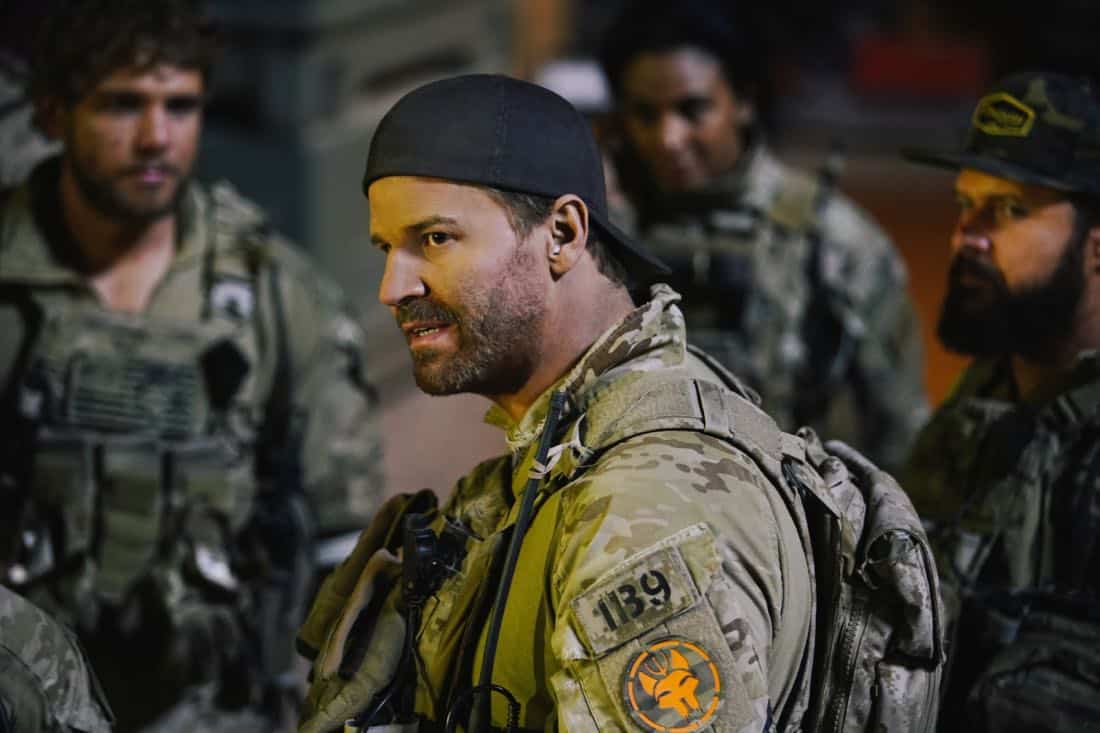 “Call Out” – Jason and the SEAL Team settle into deployment life and get closer to discovering who ambushed Echo Team after Mandy gets a lead from an unlikely source on the base, on SEAL TEAM, Wednesday, Feb. 28 (at a special time, 10:01-11:00 PM, ET/PT) on the CBS Television Network. SEAL TEAM Season 1 Episode 14 Photos Call Out