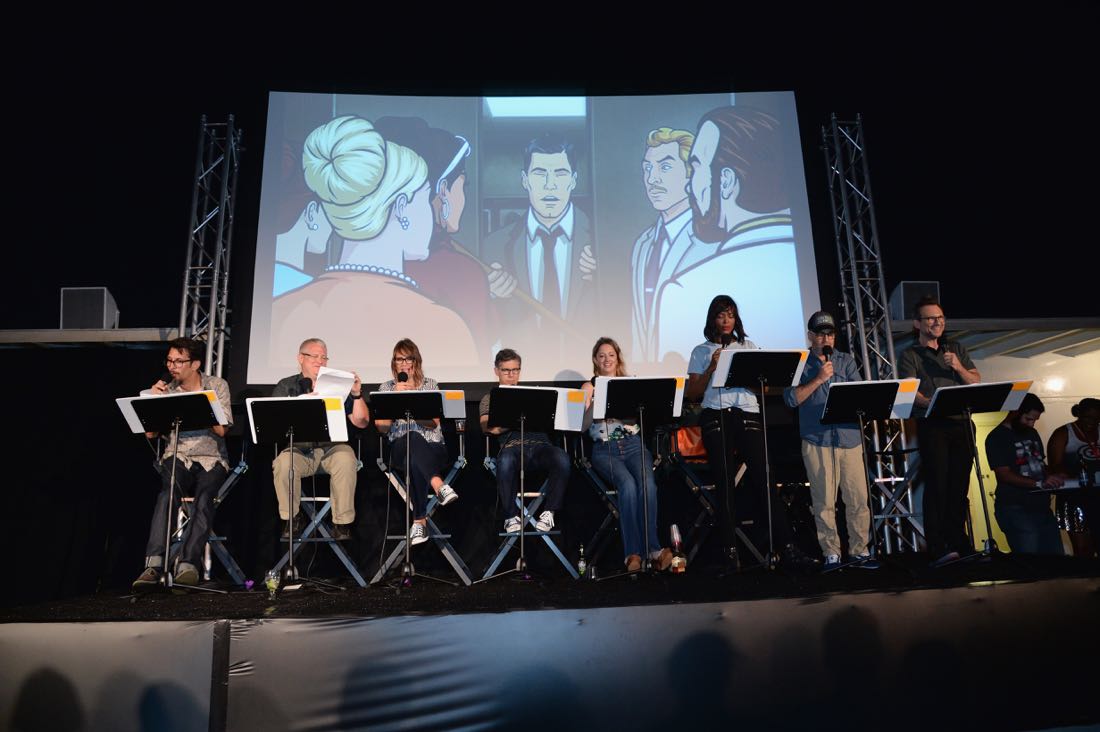 Sponsored by the pioneering cloud-based live TV service, PlayStation™Vue, the Archer Live experience allowed fans to enjoy live entertainment, food, drinks, giveaways, a photo booth and lounge while docked at the marina. On Saturday, July 23, FX will host a special re-broadcast of Archer Live! at the FXHibition space as part of a special “silent disco” featuring light up headphones, setting the park aglow for a late night screening. The first 300 people who arrive will receive an Archer 4-in-1 blanket.