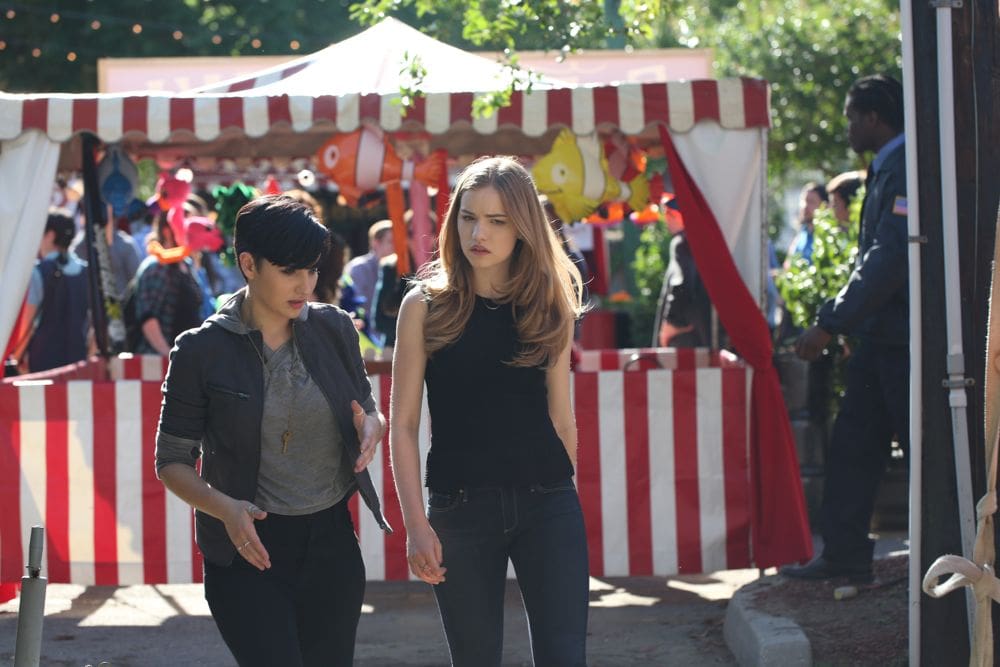 SCREAM Season 2 Episode 8 Photos Village of the Damned : MTV and Dimension TV’s second season of “Scream” picks up with Emma’s return to Lakewood after several months at a retreat, where she tried to recover from the horrors of last season. Everyone is walking on eggshells around her, questioning whether she has truly gotten over the Killer’s crimes. Meanwhile, Audrey is hiding her connection to the Killer, but is getting harassed by someone who knows the truth. Brooke and Jake are also keeping secrets—they are hiding a budding romance from Mayor Maddox. And, Noah is getting closer and closer to the truth about the season one murders. Lakewood’s murderous past, both recent and distant, are once again brought to focus – with this Killer’s psychotic mind-game intent on bringing Lakewood’s heroes down in a storm of betrayal and bloodshed.