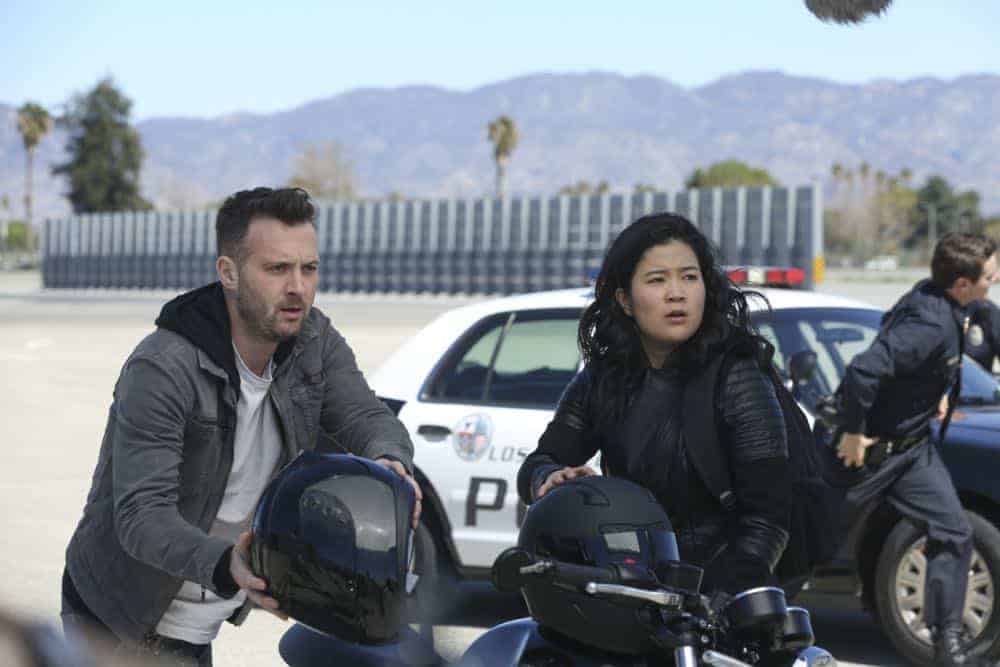 “Kenny and the Jet” – Paige’s maternal side goes into high gear when Team Scorpion must save an unconscious, hypothermic boy stuck in the wheel well of their airborne airplane. Also, Walter’s white lie to Paige starts to take a toll on him, and Paige realizes something’s up, on SCORPION, Monday, April 9 (10:00-11:00 PM, ET/PT) on the CBS Television Network. SCORPION Season 4 Episode 21 Photos Kenny And The Jet.