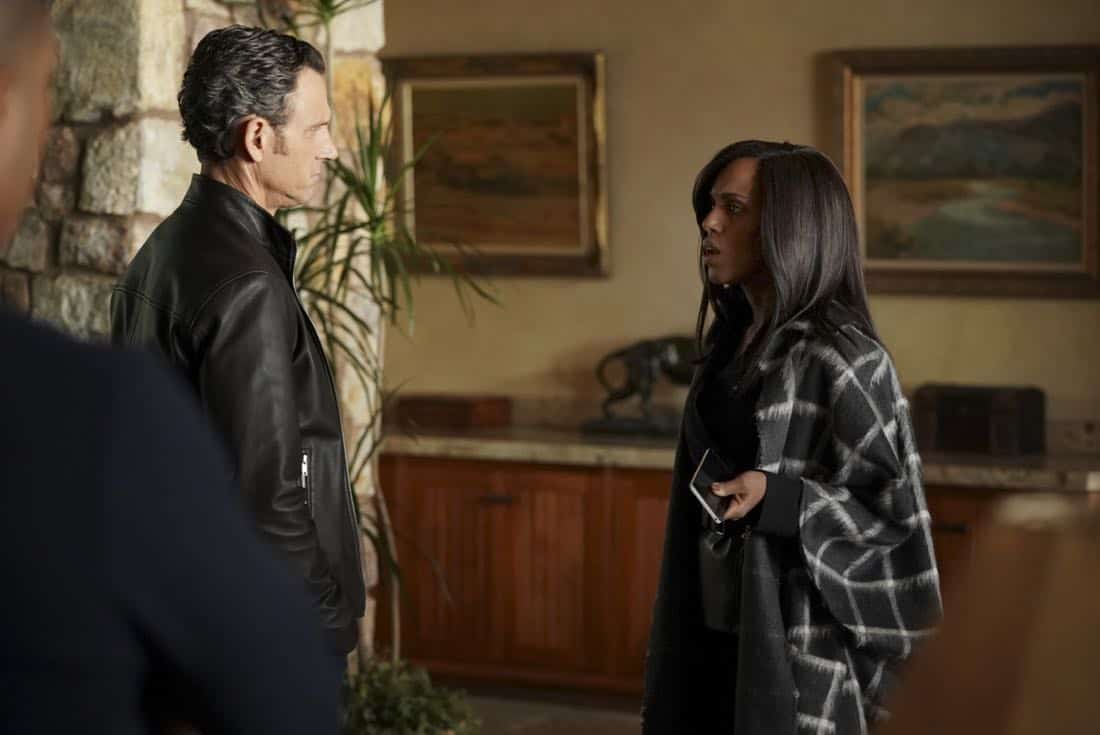 “The People v. Olivia Pope” – When Olivia agrees to join Fitz in Vermont for what she thinks will be a relaxing getaway, she is shocked to find that her closest friends have orchestrated a relentless intervention. Back in Washington, Cyrus finally reveals his suspicions to Mellie about Olivia and Jake’s extracurricular activities, on “Scandal,” airing THURSDAY, FEB. 1 (9:00-10:00 p.m. EST), on The ABC Television Network, streaming and on demand. Kerry Washington makes her television directorial debut. SCANDAL Season 7 Episode 10 Photos The People v. Olivia Pope

“The People v. Olivia Pope” was written by Ameni Rozsa and directed by Kerry Washington.