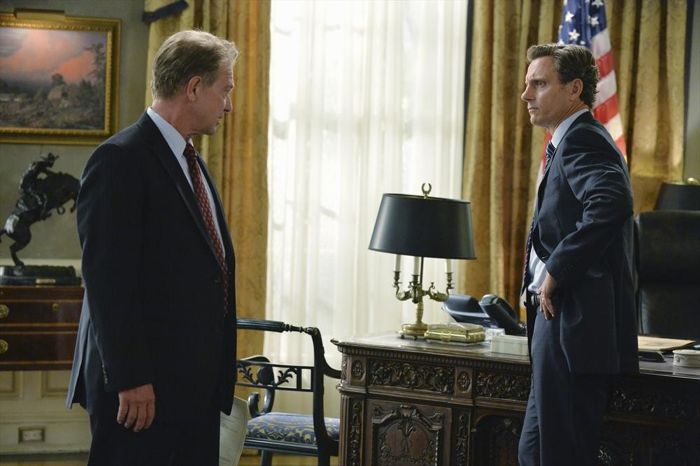 SCANDAL – “Randy, Red, Superfreak and Julia” – Nearly two months after Olivia and Jake boarded a private jet to stand in the sun together, everything has changed. With another four years in the White House, Fitz and Cyrus are doing everything they can to make a positive impact on the nation. Meanwhile, Mellie struggles to cope with the loss of her son and the gladiators feel the impact of Olivia’s absence, on the Season 4 premiere of “Scandal,” THURSDAY SEPTEMBER 25 (9:00-10:00 p.m., ET), on the ABC Television Network. (ABC/Eric McCandless) JEFF PERRY, TONY GOLDWYN