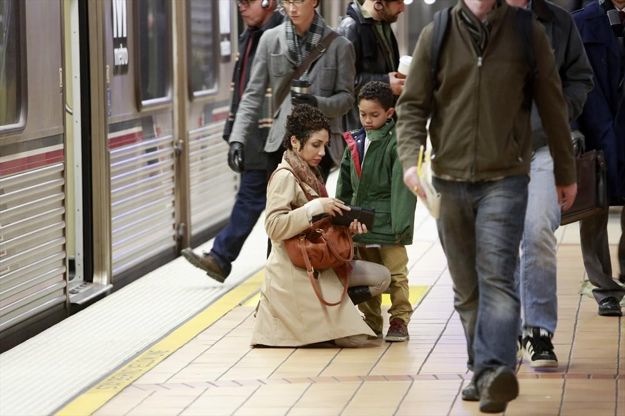 SCANDAL Season 2 Episode 19 Seven Fifty-Two Photos : SCANDAL – “Seven Fifty-Two” – Secrets from Huck’s life before Pope and Associates are revealed, Olivia and Fitz engage in an emotionally charged conversation, unaware of the fact that someone could be watching, and Olivia’s team comes together to help one of their own. Meanwhile, Cyrus is becoming increasingly skeptical of Jake, and Mellie makes a decision that could bring down the White House, on “Scandal,” THURSDAY, APRIL 25 (10:02-11:00 p.m., ET) on the ABC Television Network. (ABC/Ron Tom) KERRY WASHINGTON, GUILLERMO DIAZ