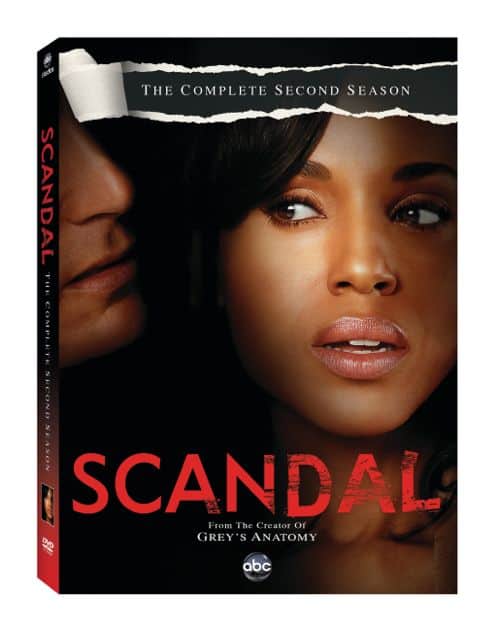 Synopsis: Experience every breathless, jaw-dropping moment as Olivia Pope and her team of “gladiators in suits” turn up the heat and raise the stakes in “Scandal: The Complete Second Season.”

For Olivia Pope and Associates, cleaning up other people’s messes takes a shattering personal toll.  Season Two blows the lid off Quinn’s identity, exposes Huck’s dark past, and uncovers Olivia’s darkest secret – something so shocking and enormous that it threatens the entire nation. From boardrooms to bedrooms, relive all 22 episodes of the explosive second season of “Scandal” including exclusive, never-before-seen bonus features with this riveting 5-disc set.