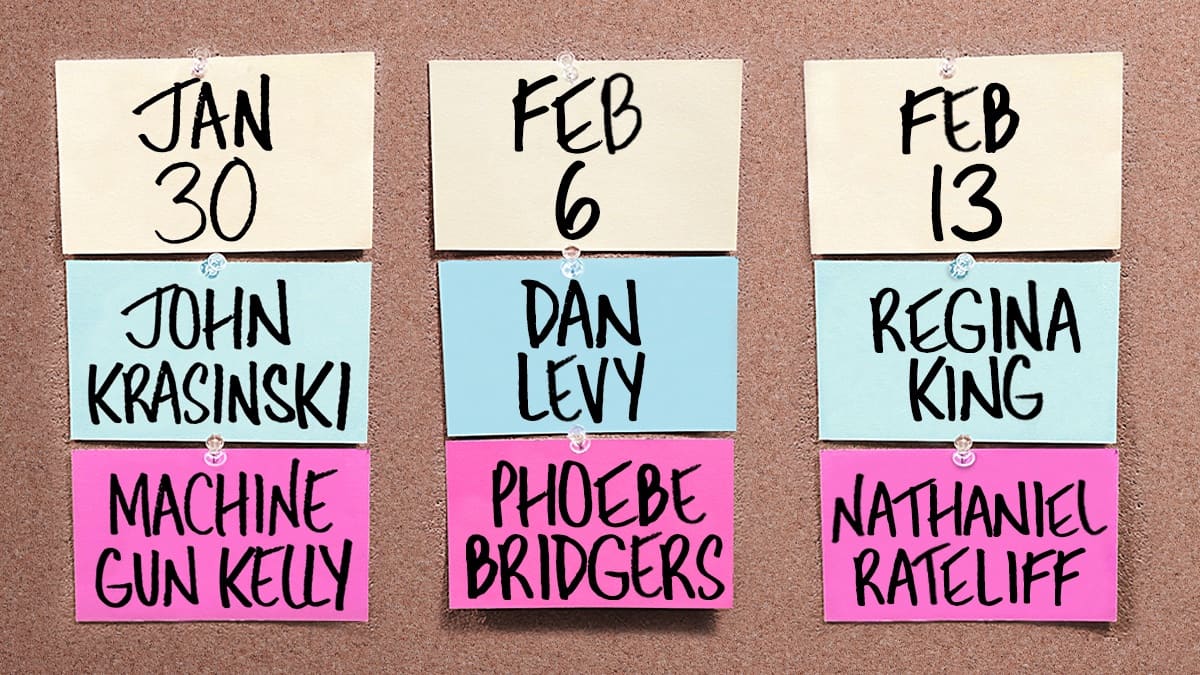 Machine Gun Kelly will make his first appearance as musical guest. His newest album, “Tickets to My Downfall,” debuted at #1 on the Billboard 200 and Top Rock Albums charts.

Dan Levy will make his “SNL” hosting debut on Feb. 6. He is the co-creator and co-star of “Schitt’s Creek,” winner of a record-breaking nine Emmy Awards for its final season, including four for Levy.

Phoebe Bridgers will perform as musical guest for the first time. The acclaimed singer-songwriter is currently nominated for four Grammy Awards, including Best New Artist.

Regina King will host “SNL” for the first time on Feb. 13. The Oscar, Golden Globe and Emmy Award winner makes her feature film directorial debut with “One Night in Miami,” currently in theaters and on Amazon Prime Video.

Nathaniel Rateliff will make his debut as musical guest. His latest single, “Redemption,” written for the film “Palmer,” comes on the heels of his celebrated 2020 solo album, “And It’s Still Alright.”

“SNL” will continue its run of consecutive shows on Feb. 20 and Feb. 27 with guests to be announced.