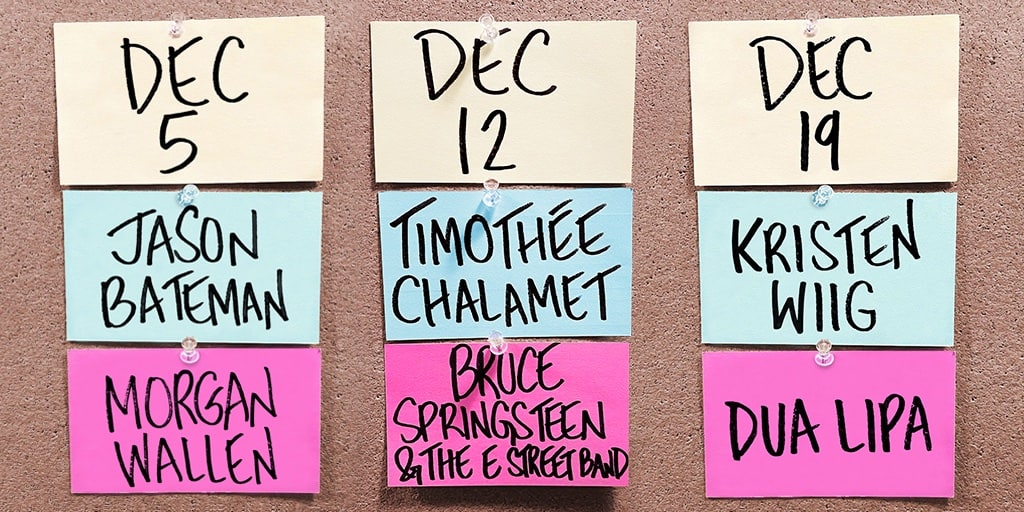 Morgan Wallen will perform as musical guest for the first time. His highly anticipated new album “Dangerous: The Double Album” is due out Jan. 8.

Timothée Chalamet will make his “SNL” hosting debut on Dec. 12. The Academy Award-nominated actor next stars in Wes Anderson’s “The French Dispatch” and Denis Villeneuve’s “Dune.”

Bruce Springsteen and the E Street Band will perform as musical guest for the third time. Springsteen made Billboard chart history with his newest release, “Letter To You,” as the first artist to have a Top 5 album in each of the last six decades.

Kristen Wiig will make her fourth appearance as host on Dec. 19. Wiig stars in “Wonder Woman 1984,” in theaters and streaming on HBO Max Dec. 25.

Dua Lipa will perform for the second time as “SNL” musical guest. Yesterday she received six Grammy Award nominations, including Album of the Year, for her newest release, “Future Nostalgia.”