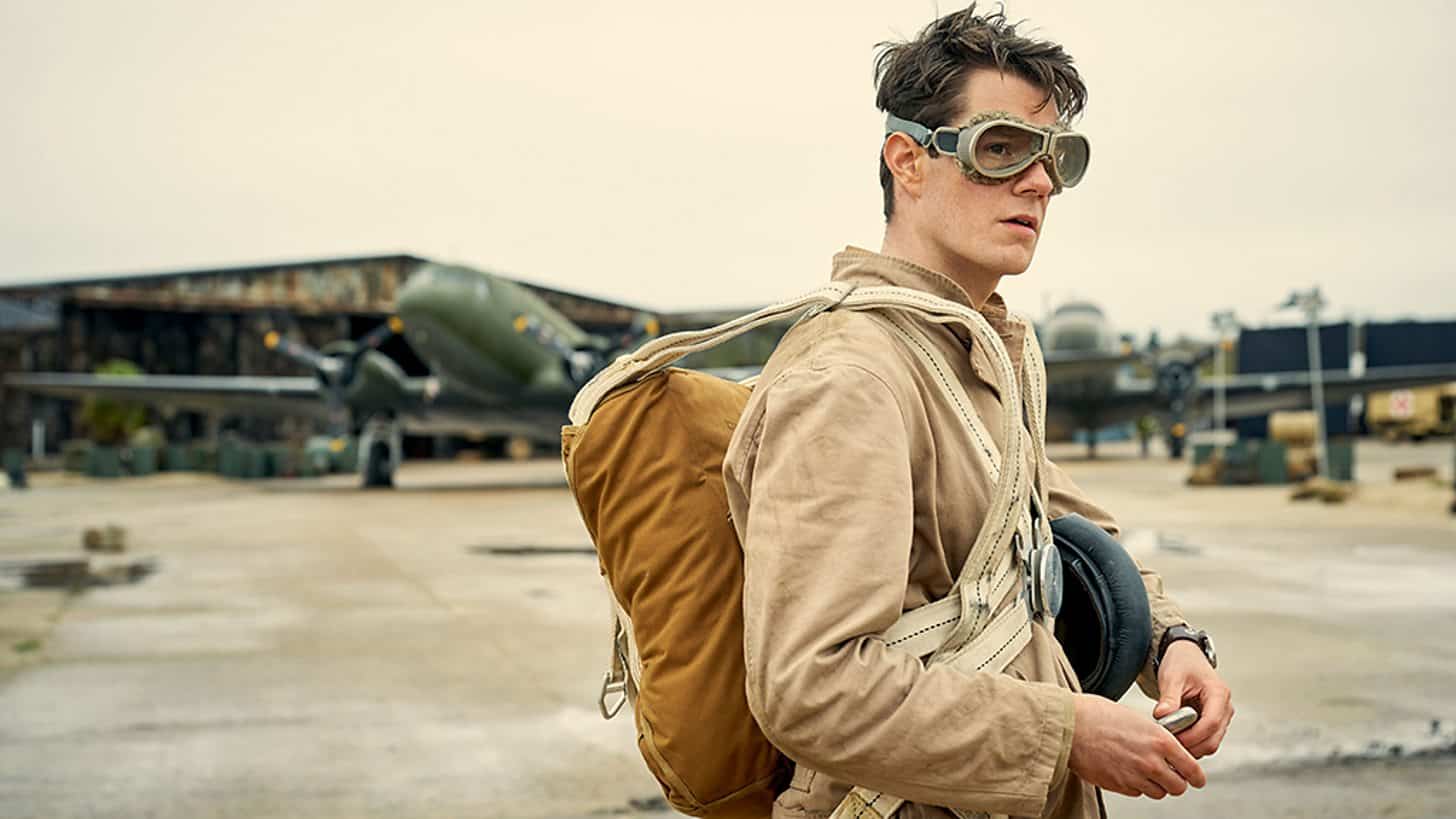 An action-packed 60-second new trailer and images have been released for SAS Rogue Heroes, the major new drama series from Peaky Blinders creator Steven Knight. Made for the BBC by Kudos (a Banijay Company), SAS Rogue Heroes is coming soon to BBC One and iPlayer.

Based on the best-selling book of the same name by Ben Macintyre, the six-part series stars Connor Swindells, Jack O’Connell, Alfie Allen, Sofia Boutella, and Dominic West, in a dramatised account of how the SAS was formed under extraordinary circumstances in the darkest days of World War Two.

Cairo, 1941. David Stirling (Connor Swindells) – an eccentric young officer, hospitalised after a training exercise went wrong – is bored. Convinced that traditional commando units don’t work, he creates a radical plan that flies in the face of all accepted rules of modern warfare. He fights for permission to recruit the toughest, boldest and brightest soldiers for a small undercover unit that will create mayhem behind enemy lines. More rebels than soldiers, Stirling’s team are every bit as complicated, flawed and reckless as they are astonishingly brave and heroic.

SAS Rogue Heroes (6×60’) is created, written and executive produced by Steven Knight (Peaky Blinders, Taboo, A Christmas Carol) and directed by Tom Shankland (The Serpent, The Missing), with Stephen Smallwood (The Serpent, Patrick Melrose) as producer. The series is executive produced by Karen Wilson, Martin Haines and Emma Kingsman-Lloyd for Kudos, and Tommy Bulfin for the BBC. It was commissioned for the BBC by Piers Wenger, former Director of BBC Drama, and Charlotte Moore, Chief Content Officer.

SAS Rogue Heroes is coming soon to BBC One and BBC iPlayer, and is distributed internationally by Banijay Rights.