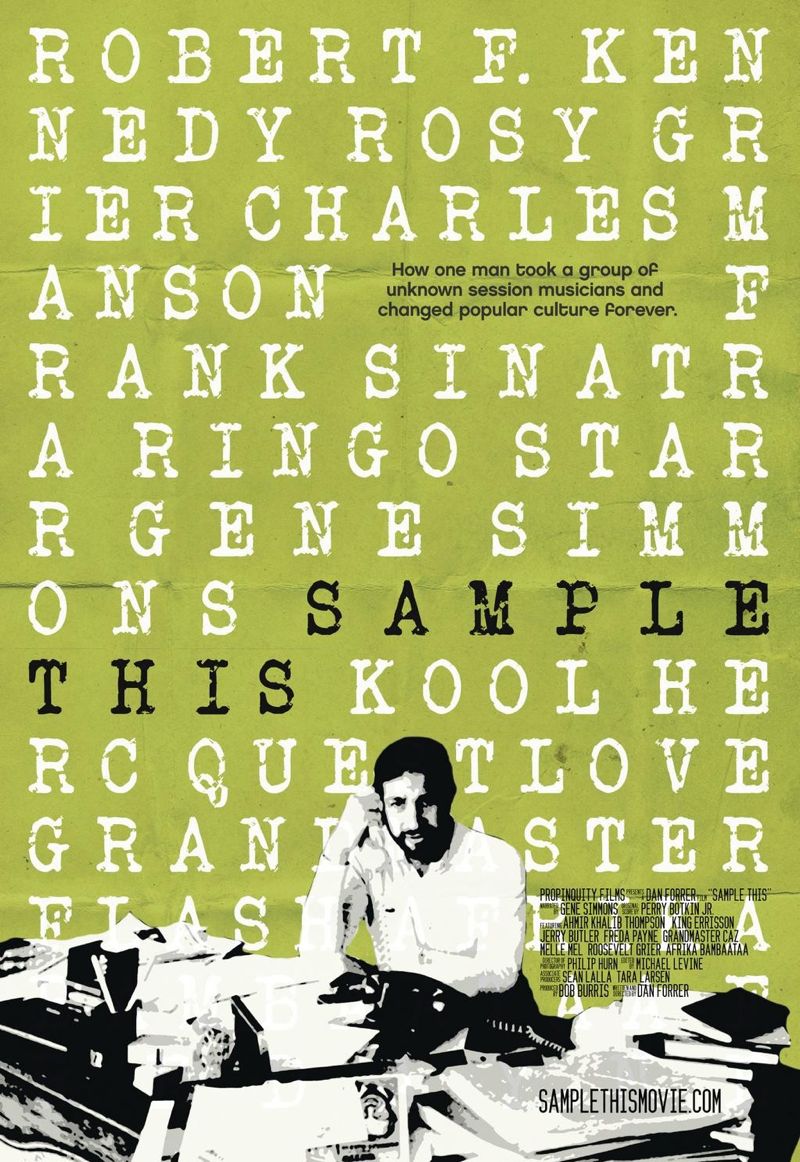 SAMPLE THIS Movie Poster : If not for the assassination of Robert F. Kennedy, it might never have happened, but the gunshots that rang out in the Ambassador Hotel kitchen in June of 1968 started a music revolution. Sample This chronicles the story of the unexpectedly brilliant musical collaboration that led to the birth of the Incredible Bongo Band’s famous “Apache,” an album widely revered as the national anthem of hip hop and one of the most influential recordings in history.