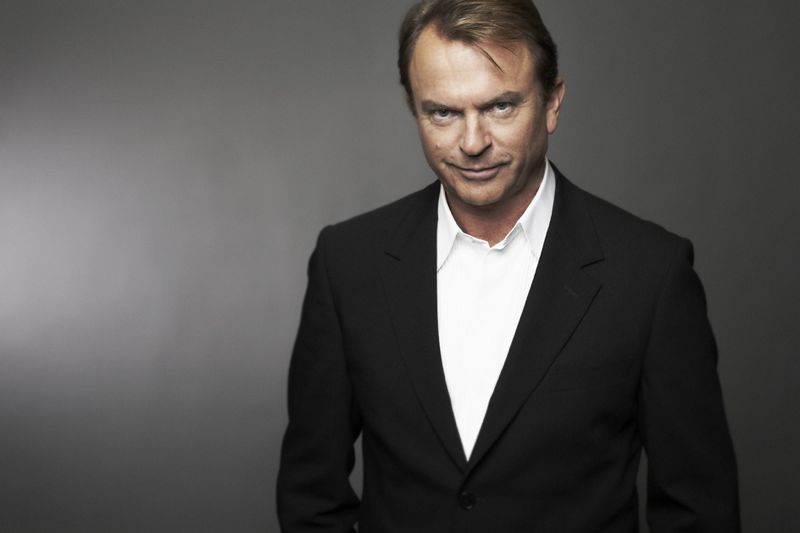 Sam Neill has been cast in THE DOVEKEEPERS, a four-hour CBS limited event series from executive producers Roma Downey and Mark Burnett, to be broadcast in 2015. The project is based on Alice Hoffman’s acclaimed historical novel about extraordinary women whose lives intersect in a fight for survival at the siege of Masada.

Neill joins Cote de Pablo (NCIS, “The 33”), Rachel Brosnahan (“Manhattan,” “House of Cards”) and Kathryn Prescott (“Finding Carter,” “Skins”), who star as the dovekeepers, as well as Diego Boneta (“Rock of Ages,” “Pele”). THE DOVEKEEPERS is currently in production in Malta.

Neill will portray Josephus, the somewhat controversial first-century Jewish scholar and historian. In this project, he is seen interviewing the few adult survivors of the Siege of Masada in order to record the events that took place prior to and during the siege. These interviews are the first-hand accounts included among the vast annals of history of the Jewish-Roman War.

“We are delighted to have the incredibly talented Sam Neill, an actor whose breadth of experience will bring such depth and vision to the role of Josephus,” said executive producer Roma Downey. “Sam is a wonderfully exciting choice to bring Josephus to life in this gripping story of Masada.”

Among his television credits are Golden Globe Award nominated performances for the title role in the miniseries “Merlin,” for which he also earned an Emmy Award nomination; the miniseries “Reilly: The Ace of Spies,” in which he played the title role; and the movie “One Against the Wind.” His additional television projects include a leading role in the BBC series “Peaky Blinders,” which just completed production on its second season, and a recurring role in the series “The Tudors.”

Set in ancient Israel, THE DOVEKEEPERS is based on the true events at Masada in 70 C.E. After being forced out of their home in Jerusalem by the Romans, 900 Jews were ensconced in a fortress at Masada, a mountain in the Judean desert. Besieged at Masada, the Jews held out for months against the vast Roman armies. The project will recount the events from the perspective of a few extraordinary women who arrive at Masada with unique backstories, but a common bond for survival. Additionally, these women, who work together daily as dovekeepers, are each concealing substantial secrets.

Hoffman’s novel was published in 2011 by Scribner, an imprint of Simon & Schuster, earning the New York Times’ bestseller status and widespread critical acclaim, including being hailed by Nobel laureate Toni Morrison as “a major contribution to 21st century literature.”
THE DOVEKEEPERS will be brought to television from executive producers Roma Downey and multiple Emmy Award winner Mark Burnett (SURVIVOR, “The Voice”), the production team behind the Emmy-nominated 10-hour miniseries “The Bible,” which scored big ratings for the History Channel in March 2013, and the feature “Son of God.”