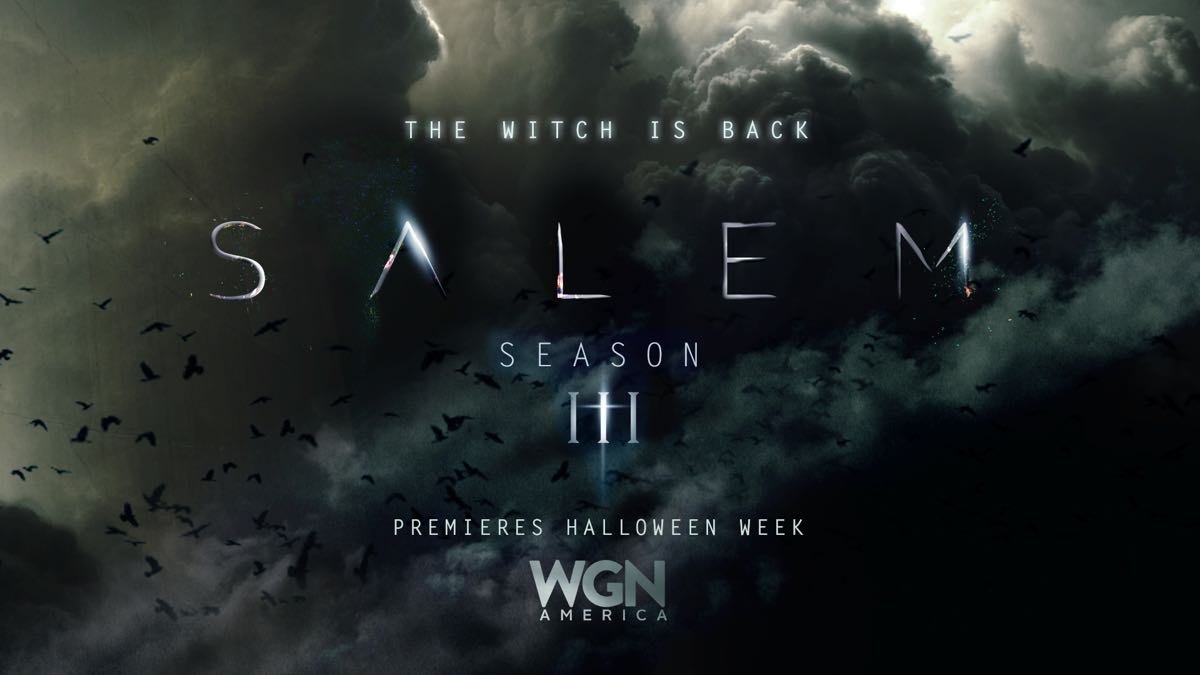 In advance of the “Salem” panel event at San Diego Comic-Con 2016 on Friday, July 22, WGN America released the season three full-length trailer for the network’s hit supernatural thriller, set to premiere Halloween week. The gripping trailer reveals “Everything in Salem has gone to Hell!”

Continuing its bloody, sexy and fantastical reimagining of Colonial America, the cast and producers will unleash an extended sneak peek at the upcoming season during San Diego Comic-Con. Series stars Shane West, Janet Montgomery, Seth Gabel, Iddo Goldberg and Elise Eberle along with executive producers Brannon Braga and Adam Simon will unveil intriguing footage from the series during a moderated discussion followed by an audience Q&A.