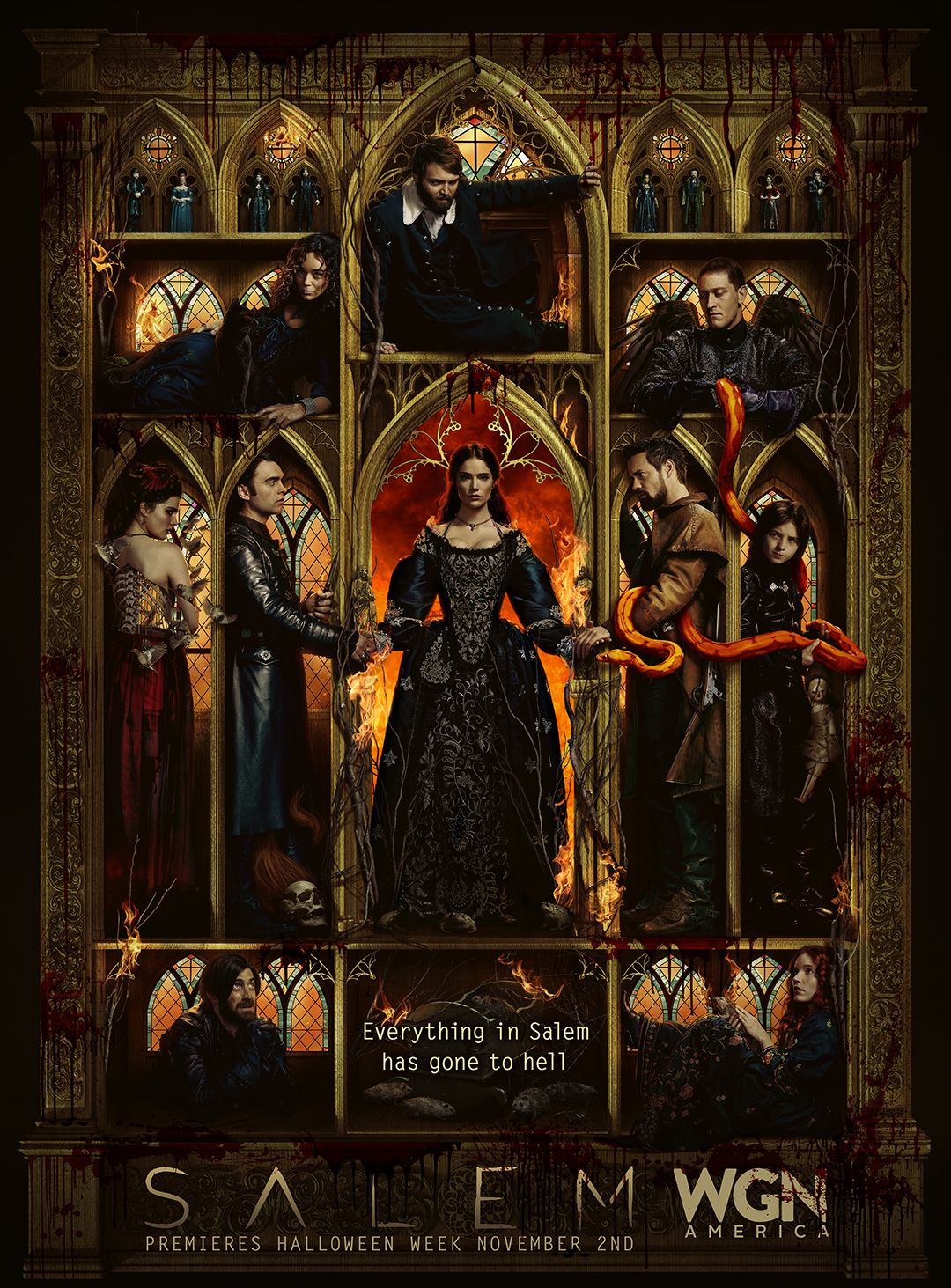 In anticipation of the season three premiere of WGN America’s hit supernatural thriller “Salem,” the network has released the official key art in addition to announcing that the show will air at 9 pm ET/PT on Wednesday, November 2. In the most bewitching season yet, renowned recording artist Marilyn Mason, will guest star as the bloody barber surgeon Thomas Dinley.

The third season of “Salem” dawns with the triumph of the witches’ plan to remake the New World by bringing the devil to earth and making Salem his capital.  But the devil is a liar, and instead of a New World free from murderous Puritan hypocrisy, his own plan will bring nothing but death and slavery with the ultimate aim of leading humanity to destroy itself.  And there’s only one person on earth who can beat the devil — the very witch that birthed him, his mother, Mary Sibley.  The only problem is—she’s dead.  Or is she?
“Salem” stars Janet Montgomery (“Human Target,” “Made in Jersey”) as Mary Sibley, Shane West (“Nikita,” “ER”) as Captain John Alden, Seth Gabel (“Arrow,” “Fringe”) as Cotton Mather, Ashley Madekwe (“Revenge”) as Tituba, Tamzin Merchant (“Jane Eyre”) as Anne Hale, Elise Eberle (“The Astronaut Farmer”) as Mercy Lewis, Iddo Goldberg (“Mob City”) as Isaac Walton, Joe Doyle (“Raw”) as Baron Sebastian Marburg, Oliver Bell (“The Saint”) as Mary’s son and renowned recording-artist Marilyn Manson guest stars as Thomas Dinley. New this season is Samuel Roukin (“TURN: Washington’s Spies”) as The Sentinel.