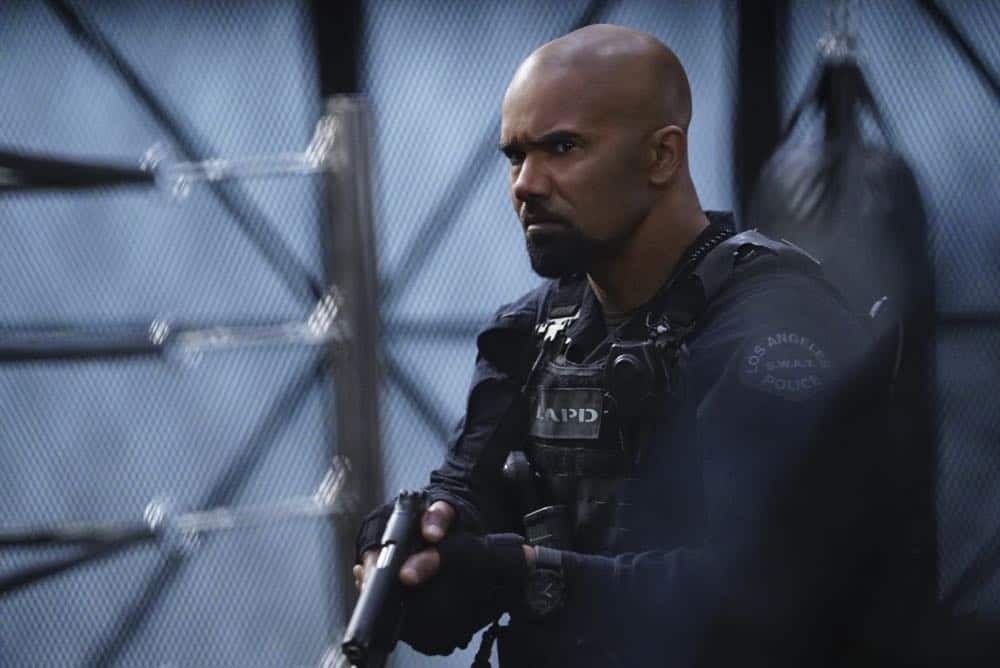 “Armory” – As Hondo and SWAT work to de-escalate a hostage situation in which an ex-convict is holding a local family captive, the mission takes a dangerous turn that impacts the team. Also, when Street tires of his complicated romantic entanglements, he agrees to let Chris make over his online dating profile, on S.W.A.T., Thursday, April 12 (10:00-11:00 PM, ET/PT) on the CBS Television Network. S.W.A.T. Season 1 Episode 17 Photos Armory.