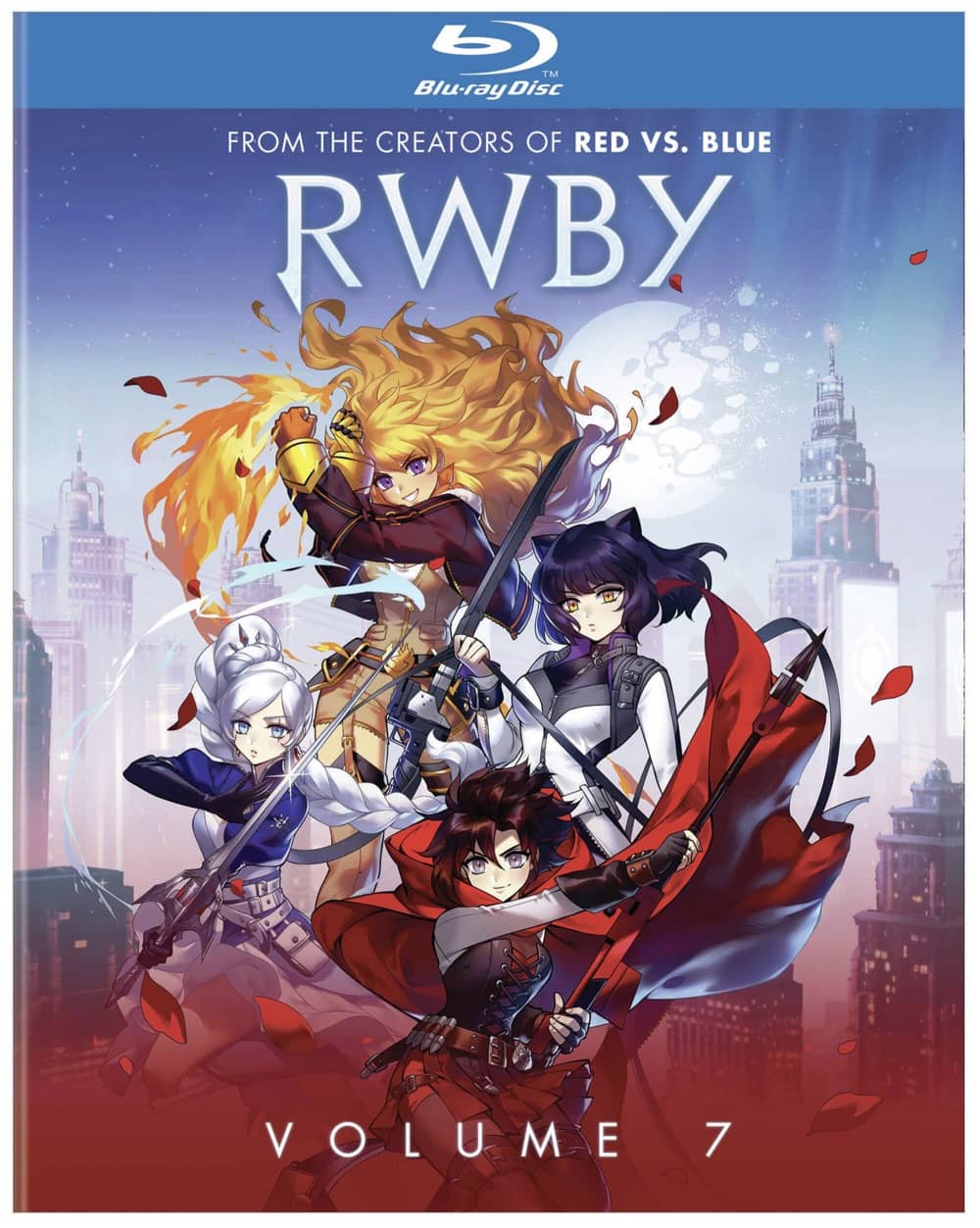 Beloved by fans and acclaimed by critics, RWBY imagines a world filled with horrific monsters bent on death and destruction, and humanity’s only hope dependent upon powerful Huntsmen and Huntresses. Ruby Rose, Weiss Schnee, Blake Belladonna, and Yang Xiao Long are four such Huntresses in training whose journeys will take them far past the grounds of their school, Beacon Academy. Though each may be powerful on their own, these four girls must overcome dark forces and work as a team if they truly hope to become the next generation of Remnant’s protectors.

In RWBY Volume 7, Ruby, Weiss, Blake, and Yang have fought hard alongside their friends to bring the Relic of Knowledge to Atlas, the northernmost Kingdom in Remnant. However, the futuristic urban-sprawl may hide just as much danger as the Grimm-infested tundra that surrounds it. Enemies and allies will collide as our heroes fight to stop Salem’s forces, but banding together is dangerous when you don’t know who you can trust.

Created by the late Monty Oum (Red vs. Blue), RWBY is one of Rooster Teeth’s most beloved, viewed and shared series. As the first western-produced anime series to be distributed in Japan, RWBY episodes have averaged more than 7 million views, and the franchise has accumulated over 271 million views since its inception. To date, the series has sold nearly 670k units sold on DVD and Blu-ray, and registered consumer products sales in excess of $20 million. RWBY has a fervent fanbase in North America, the United Kingdom, Australia and Japan

Concurrent to the series now being distributed by Warner Bros. Home Entertainment, RWBY is receiving a new manga from Shonen Jump, as well as a new young adult novel from Scholastic releasing on July 21, 2020. RWBY DC Comics Volume 1 will arrive during the 2020 holiday season, and Rooster Teeth is producing three new RWBY-based series this year: a new short-form animated series, a live-action Dungeons & Dragons style show, and a live-action behind-the-scenes talk show.

DIGITAL DISTRIBUTION ELEMENTS
On October 13, 2020, RWBY Volume 7 will be available to own in high definition and standard definition from select digital retailers including Amazon, FandangoNow, iTunes, PlayStation, Vudu, Xbox and others. On October 13, 2020, RWBY Volume 7 will be made available digitally on Video On Demand services from cable and satellite providers, and on select gaming consoles.

ABOUT MOVIES ANYWHERE
Movies Anywhere is a digital movie platform that enables movie fans to discover, access, and watch their favorite digital movies in one place. Movies Anywhere brings together a library of nearly 7,500 digital movies from Sony Pictures, Twentieth Century Fox Film, The Walt Disney Studios (including Disney, Pixar, Marvel Studios and Lucasfilm), Universal Pictures (including DreamWorks and Illumination Entertainment) and Warner Bros., and will continue to expand the consumer experience as more content providers, digital retailers and platforms are added. By connecting participating digital retailers that include Amazon Prime Video, FandangoNOW, Google Play, iTunes and Vudu, movie fans can now bring together their digital movie collections (whether purchased or redeemed) in one place and enjoy them from the comfort of their living rooms, and across multiple devices and platforms, including Amazon Fire devices; Android devices and Android TV; Apple TV; Chromecast; iPhone, iPad and iPod touch; Roku® devices and popular browsers. Movie fans can also redeem digital codes found in eligible Blu-ray and DVD disc packages from participating studios and enjoy them through Movies Anywhere. Movies Anywhere – your movies, together at last.

ABOUT DIGITAL
Digital movies or TV episodes allow fans to watch a digital version of their movie or TV show anywhere, on their favorite devices. Digital movies or TV episodes are included with the purchase of specially marked Blu-ray discs. With digital, consumers are able to instantly stream and download movies and TV shows to TVs, computers, tablets and smartphones through retail services. For more information on compatible devices and services go to wb.com/RedeemDigital. Consult a digital retailer for details and requirements and for a list of digital-compatible devices.

About Rooster Teeth
Rooster Teeth is a fan-driven, community built entertainment company. From humble origins in a spare bedroom, Rooster Teeth created the web series Red vs. Blue, an innovative form of entertainment for a changing media landscape that sparked the growth of a passionate global fandom. From that foundation, Rooster Teeth pioneered a direct-to-consumer lifestyle brand for its growing online following with subscriptions, advertising, e-commerce, and live events. Rooster Teeth produces several original content series including RWBY, the most popular western-style anime series today, The Rooster Teeth Podcast, and daily video series featuring an in-house cast of influential talent. With broadcast and live-action production capabilities and a world class animation studio, Rooster Teeth engages top networks, streaming entertainment services and creative talent to develop projects that reach global audiences through its Studios division. Rooster Teeth cultivates the gaming lifestyle it helped define with partnerships through its industry-leading video-first podcast network, The Roost. Rooster Teeth has a massive global footprint of more than 45 million subscribers to its YouTube Network, 5 million unique weekly viewers across its RoosterTeeth.com hub and more than 4 million registered community members. The company was founded in 2003, and is a subsidiary of Otter Media, a WarnerMedia company. Discover more at RoosterTeeth.com. 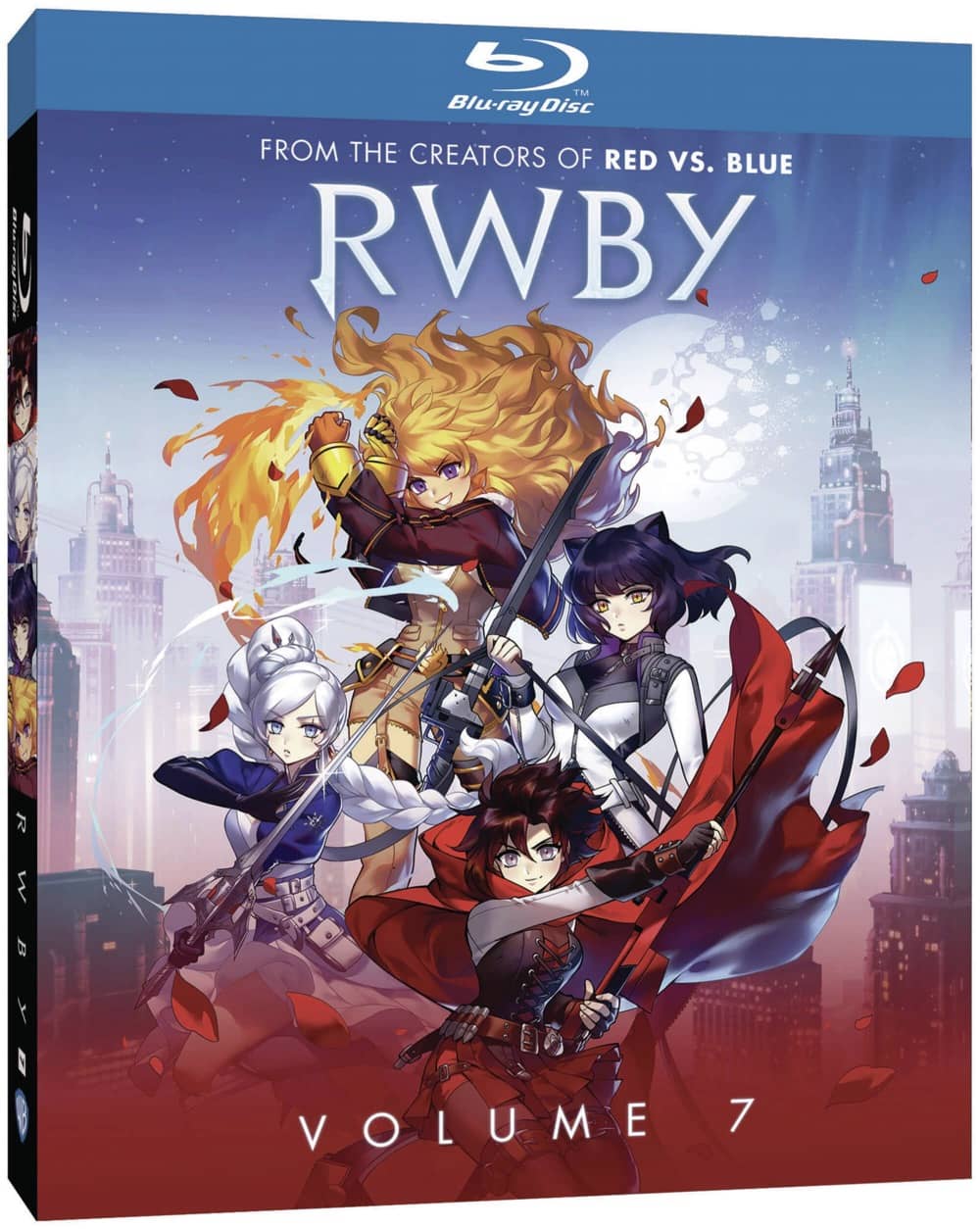