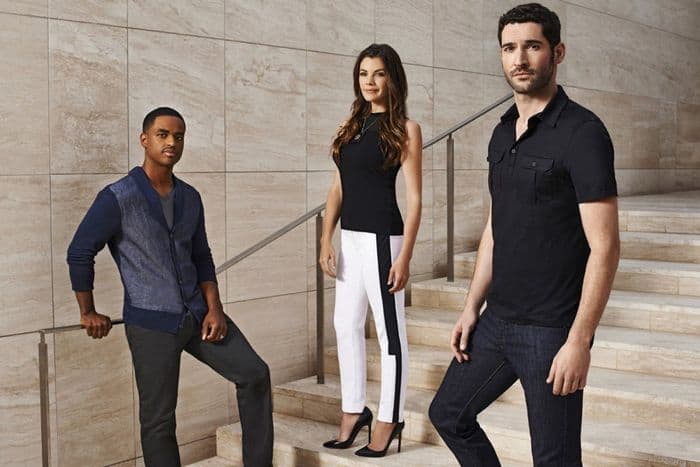 USA’s new drama RUSH is not very original. Like the network’s own medical series, Royal Pains, it follows a private concierge doctor who works for those rich enough to afford on-call and home-based services. Unlike Hank Lawson, though, the titular character in RUSH is more along the lines of House M.D. in that he’s a heavy drug user whose life is falling apart and like Greg Kinnear’s Rake in that he enjoys his iffy lifestyle a tad too much. Thus, while RUSH is an interesting show, it just doesn’t feel all that fresh.

This is my main problem with RUSH. In a golden age of television (don’t let anyone tell you it’s not), it’s hard to have time for just-good shows any more when there are so many great ones. RUSH is a series that, five years ago, would have been the best thing on USA and certainly a solid entry for cable. Now, though, it is entertaining, but not nearly special enough to kick it into that top tier worth paying attention to. If you haven’t discovered the wealth of programs available from various sources that are better than RUSH, you may like it. But trust me, better-than-broadcast does not necessarily mean it’s at the top of the pack these days.

RUSH is fronted by Welsh actor Tom Ellis (Vera Drake, The Fades), who does a serviceable job with the cad. Rush is intelligent, of course, and much better at helping others than himself, which is an archetype quite familiar to most viewers at this point. Ellis does give him a charm and vulnerability, especially late in the pilot, that makes him seem like a real person, even if his actions and situation are far from average.

Unfortunately for Rush, he is nowhere close to being the man he should be. He has far too many enablers in his life. Dr. Alex Burke (Larenz Tate, Rescue Me), his best friend, makes excuses for Rush and still allows him to attend his godson’s birthday party, despite Rush’s less-than-sober appearance. Rush’s assistant, Eve (Sarah Habel, Underemployed), does criticize Rush, but doesn’t really do anything to try to force change. Both judge our antihero, but don’t exactly push him to change.

The one person who could have an effect on Rush is his ex-girlfriend, whom he was with for four years, Sarah Peterson (Odette Annable, Banshee, House M.D.). But Sarah’s already given Rush all of the chances she’s willing to give, and unlike Eve and Alex, is washing her hands of Rush. Perhaps Rush’s friends should follow her example because Rush seems like the type who needs to hit rock bottom before he can start to rebuild anything resembling a successful life.

Rock bottom may not be as far as off as most who know Rush might expect. There are some Latino gang members, one of whom is named Manny (Rick Gonzalez, Reaper) and sells Rush his cocaine, that Rush gets too involved with. I won’t go into details, but while part of their story may wrap a little too easily, the pilot also leaves the door open for them to take Rush down a road he should absolutely avoid if he wants to be an upstanding individual.

RUSH also has the tendency to venture into cheesiness from time to time. Early in the first episode, multiple characters tell Rush that he looks bad. He doesn’t; not even close. You’ll see near the end of the installment what Rush looks like when he really lacks sleep and is stressed out. Instead, those early lines feel like what the script writer thinks we expect, and those making the production forgot to make it true, nor should it have been, given the larger arc of Rush’s journey. A moment meant to show Rush is a good man, giving cash to someone who turns out not to be homeless, also is forced.

The potential lies in the backstory. Rush clearly has done something to inspire the loyalty of Eve and Alex, and I do think that will eventually be revealed, though only a hint about Eve creeps into the pilot. While I don’t think the history will be enough to redeem the current man, at least there might be an engaging story there.

RUSH isn’t bad. It’s just not stellar. Judge it for yourself when it premieres this Thursday at 9 p.m. ET on USA.