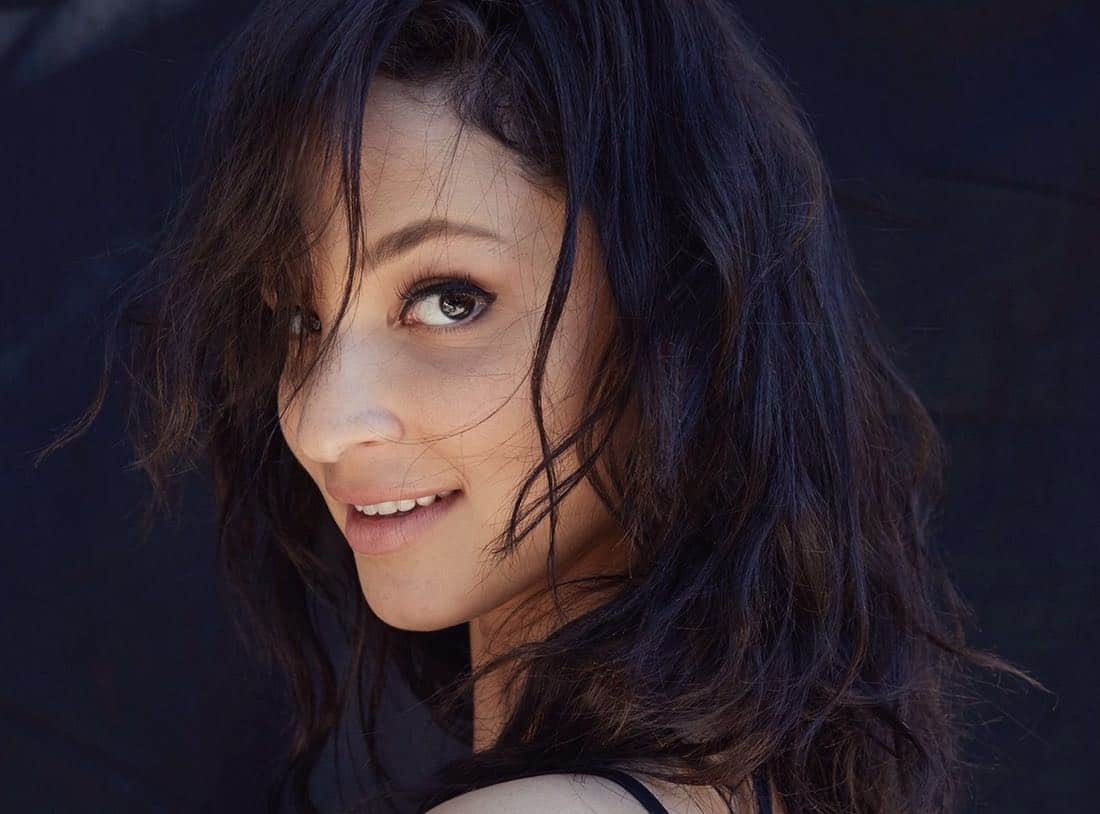 Having a strong year, Ruby Modine appears in the Universal film “Happy Death Day” and continues her arc on Showtime’s SHAMELESS as the show enters its eighth season.  The driven actress is happy to be on screen and fine-tuning her craft along the way.  In an exclusive interview, Ruby teases a bit about her role in “Happy Death Day” — a horror film befitting the Halloween season — and her role on SHAMELESS.

What initially appealed to you about portraying Lori and working on the film “Happy Death Day”?
RUBY:  I liked that Lori was so disciplined, driven and relentless. In a film with so much chaos going on, she is grounded and focused.

How would you describe who Lori is?
RUBY:  Lori is Tree’s roommate and wants Tree to get it together. Lori is focused on work more than partying and knows what she wants.

What do you most admire most about Lori?
RUBY:  I admire that Lori is a nurse.  I admire that in an environment best known for partying and social events, she concentrates on her chosen life’s work.

What was it like working alongside Jessica Rothe, Israel Broussard, Rachel Matthews and Charles Aitken?
RUBY:  Very funny! I worked most directly with Jessica who is such a hard worker and goes the whole nine yards in every scene. Lots of shenanigans, laughter and a bit of dancing.

Any favorite scenes that you can share from working with each of them?
RUBY:  My favorite scene that I filmed will give away too much about the storyline, but just a small hint: I did love all the stunts.

What has been your favorite part about working on “Happy Death Day” as a whole?
RUBY:  From the moment I read the script until the last day of shooting. It was so fascinating watching a project like this become real.  Christopher Landon was always so excited on set! It was really helpful and lovely to hear your director be so enthusiastic.

Then as an actor, what has been the one thing you haven taken away from the experience of working on “Happy Death Day”?
RUBY:  Go big or go home!

What do you think audiences  will take away from watching the film?
RUBY:  I think audiences will leave the theater surprised, laughing and a bit scared of what might be around the corner. Also to treat people well because you might wind up with your own baby-faced killer!

You also appeared in SHAMELESS in Season 7 as Sierra.  Will you be reprising that role in Season 8? If so, what can you tease about what part she has to play coming up?
RUBY:  Yes! Sierra is in season eight.  It’s so exciting and again, I’m very grateful. The audience will get a bit of a better glance into Sierra’s backstory. And I can tease that the writers have once again done an exemplary job. They killed it!

What have you loved about working on SHAMELESS?
RUBY:  Learning. Last season, I was really excited a neophyte. I’ve learned to listen more than talk, I’ve learned to explore more and investigate diverse choices. I cannot praise the cast, crew and production staff higher. I know now how important it is to be surrounded by people who know what they are doing and I do my best to meet them at that higher level.

Then what has surprised you most about your career so far?
RUBY:  That I have worked with such great talent at such an early stage of my journey.

At this stage of your career, what do you think you have learned from the roles and projects you have worked on?
RUBY:  I learned how important it is to work. I know that I can always learn from it to become a better and stronger artist. I always endeavor to give a better performance not only for myself, but for my peers, directors, and most of all the audience.

Then what are the perks of where you are in your career right now?
RUBY:  It’s fun that people are recognizing me for my work.  It’s also giving me the opportunity to work with other fantastic filmmakers and musicians.

If there were one previous role you would like to revisit, which would it be and why?
RUBY:  I don’t think there is a single artist that doesn’t wish they could go back and improve or tweak a performance, me included, but I have no regrets. Well…maybe that ONE.

Do any of your characters and the situations they find themselves in ever leave a lasting impression on you?
RUBY:  Yes. Many of the characters I’ve played are cautionary tales, thus far!

Do you find any of you character’s habits manifesting in your own life? Like what?
RUBY:  The people I play have issues that I take on only when I play them. I don’t take anything home, they stay on set. (Other than the occasional sketch or painting that I make of them.)

Has there been any great advice you have gotten about working as an actor?
RUBY:  Asking questions: Who, where, why, when and what.

What advice would you offer to other upcoming and aspiring actors?
RUBY:  Work hard and don’t give up. “NO” is not the end of your road. There may be many, but you can do it. Be strong and confident! It works.

At a time when women’s voices are rising to be heard and respected around the country and world, what do you recommend your fans do to lend support in that endeavor?
RUBY:  Learn who you are and then fight for that.  Have courage, be kind, and attempt to stand up for people as best you can.

To see Ruby as the dedicated nurse Lori, be sure to catch the premiere of “Happy Death Day,” which will be released October 13, 2017.  She can also be seen in Season 8 of Showtime’s SHAMELESS, which returns on November 5, 2017.  To find out more about Ruby’s career, be sure to follow her on Twitter @RubyModine