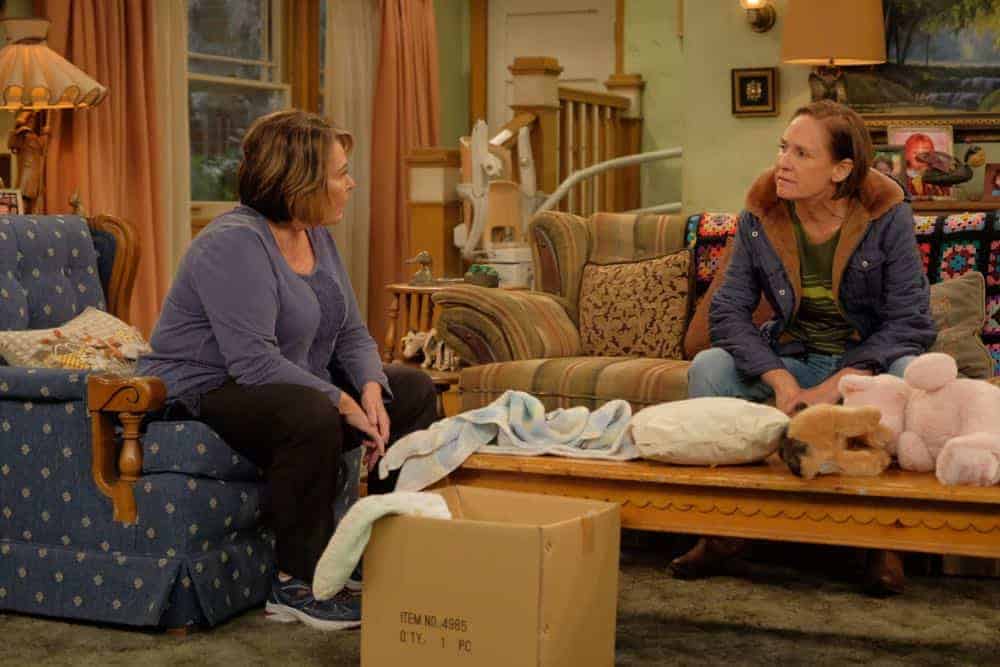 “Eggs Over, Not Easy” – A crucial moment for Becky’s surrogacy arrangement forces her and Darlene to critically assess each other’s lives. Meanwhile, an animal rescue organization rejects Jackie’s application to adopt a puppy; and Roseanne makes a plan to change their mind, on the fourth episode of the revival of “Roseanne,” TUESDAY, APRIL 10 (8:00-8:30 p.m. EDT), on The ABC Television Network, streaming and on demand. ROSEANNE Season 10 Episode 4 Photos Eggs Over, Not Easy.

Guest starring in this episode are Sarah Chalke as Andrea and Rhea Seehorn as Carrie.

“Eggs Over, Not Easy” was written by Morgan Murphy and directed by John Pasquin.