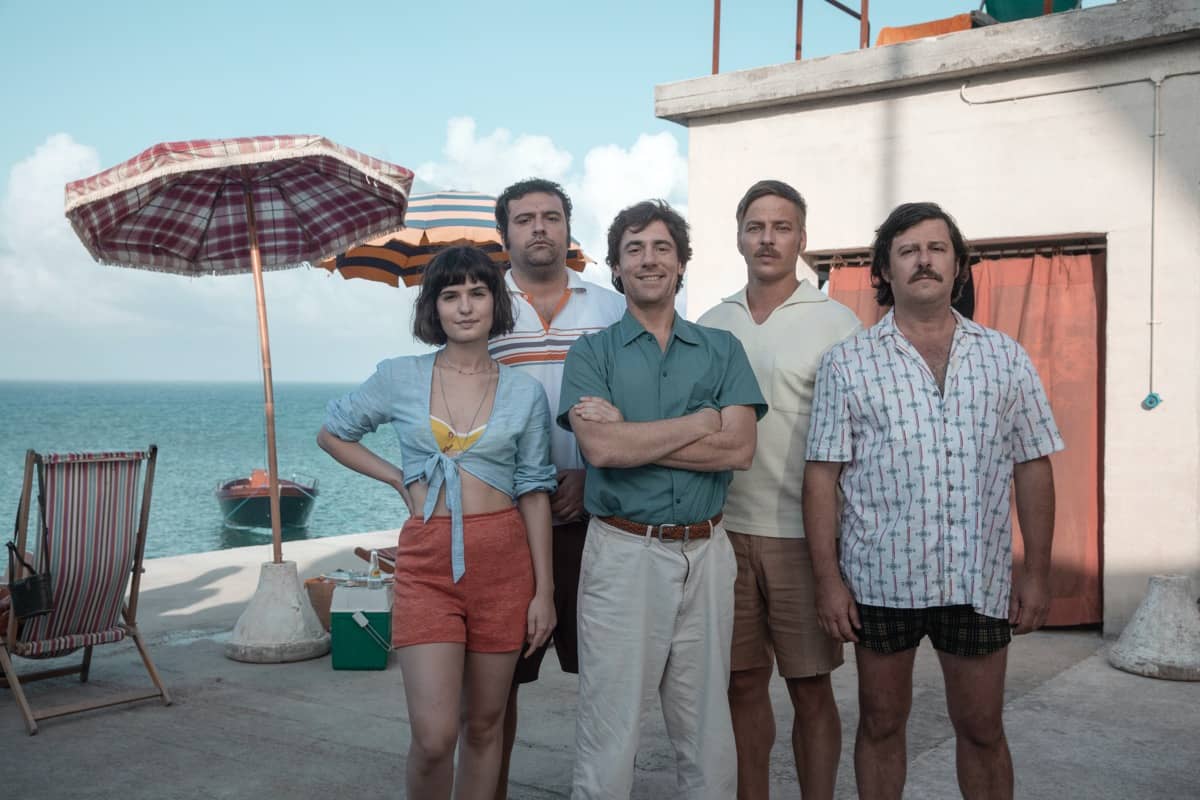 Giorgio, a gifted yet misunderstood engineer has hit rock bottom – he’s been fired from his job, his parents won’t speak to him, and the love of his life has ditched him after he accidentally gets them both arrested (long story…). Sick of the stuffy rules of Italian society of the late 60s, Giorgio hatches an impossible plan; he will build his own island in the middle of the sea. Joined by a team of revolutionaries and outcasts, the Republic of Rose Island is founded, independence is declared and Giorgio is appointed President. However, team values and resilience are tested, as the Italian Prime Minister decides Giorgio’s idealistic island is Italy’s Enemy Number One. Directed by Sydney Sibilia (The Smetto Quando Voglio trilogy) and produced by Grøenlandia (The First King), ROSE ISLAND is a hilarious drama with a rebellious heart and is based on the incredible true story.