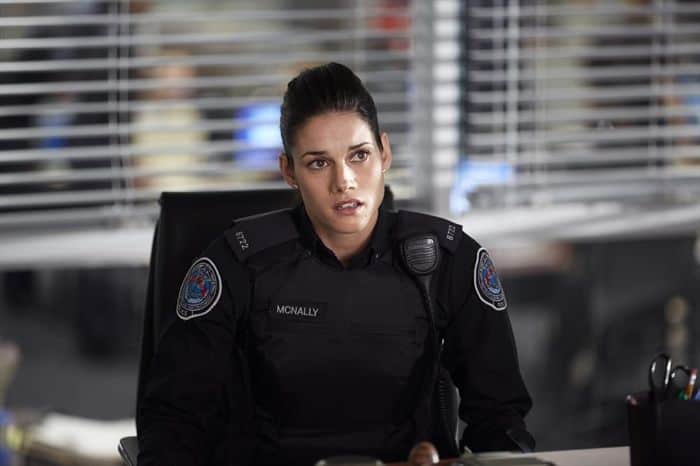 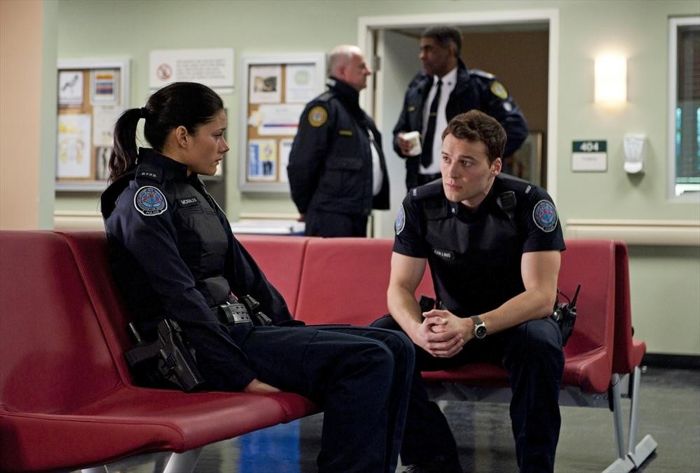 ROOKIE BLUE – “All by Her Selfie” – In the wake of Frank Best’s dismissal, Inspector Jarvis promotes a reluctant Oliver to Acting Staff Sergeant. Today is also the day 15 Division gets a new rookie, Duncan Moore – an infuriating, eager, and connected millennial. Andy is up for the challenge and convinces Oliver to make her Duncan’s Training Officer. But she may have acted too quickly. When Andy and Duncan end up as the first responders on a messy downtown homicide at a pawnshop, Andy has to try to show Duncan the ropes, while preventing him from compromising the case, himself, and his fellow officers. Meanwhile, Sam’s sister, Sarah, is ready to leave his bedside, but not until she gives Andy some harsh and cautionary words about what to expect in the long run with Sam, on “Rookie Blue,” THURSDAY, JUNE 19 (10:00-11:00 p.m., ET) on the ABC Television Network. (ABC/Ken Woroner)

ROOKIE BLUE – “Blink” – In the aftermath of the night’s traumatic events, Andy McNally and Dov Epstein try to pull themselves together at an all-night diner. But soon they are caught off-duty and off-guard in a volatile diner hold-up. Meanwhile, the weary officers at 15 Division struggle to contain the evening’s collateral damage under the watchful eye of a tough new Inspector, John Jarvis. Ignoring the fact that he’s needed back at the station, Nick goes rogue to track down Sam Swarek’s next of kin. And in the end, Andy must face both the men she cares about and share her heart-wrenching decision. Andy will learn that sometimes even making the right choice can have serious consequences, on the season premiere of “Rookie Blue,” THURSDAY, JUNE 19 (10:01-11:00 p.m., ET), on the ABC Television Network. (ABC/Caitlin Cronenberg)