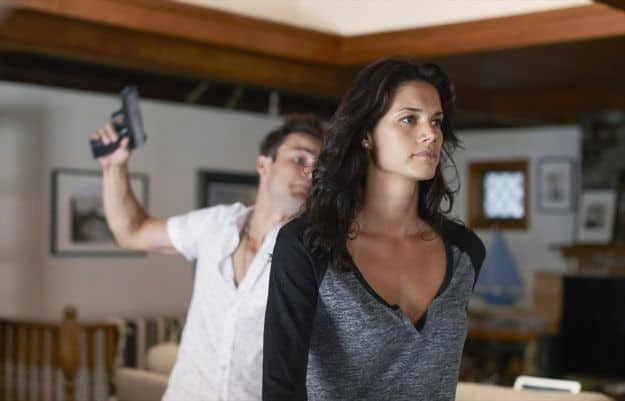 ROOKIE BLUE Season 4 Episode 1 Surprises Photos : ROOKIE BLUE – In the season premiere, “Surprises,” Andy and Nick continue to work undercover infiltrating a meth pipeline. However their covert mission goes sideways when Nick – then Andy – go missing. Meanwhile, a random arrest at 15 Division puts Sam Swarek and the other officers in the middle of the drug investigation-turned-rescue operation. Finally, Andy must figure out how to cope with the transformation of her own life as well as those of her friends at the station and continue to do the job she loves, on the Season Four premiere of “Rookie Blue,” THURSDAY, MAY 23 (10:01-11:00 p.m., ET), on the ABC Television Network. (ABC/Ken Woroner) MISSY PEREGRYM, TYLER HYNES