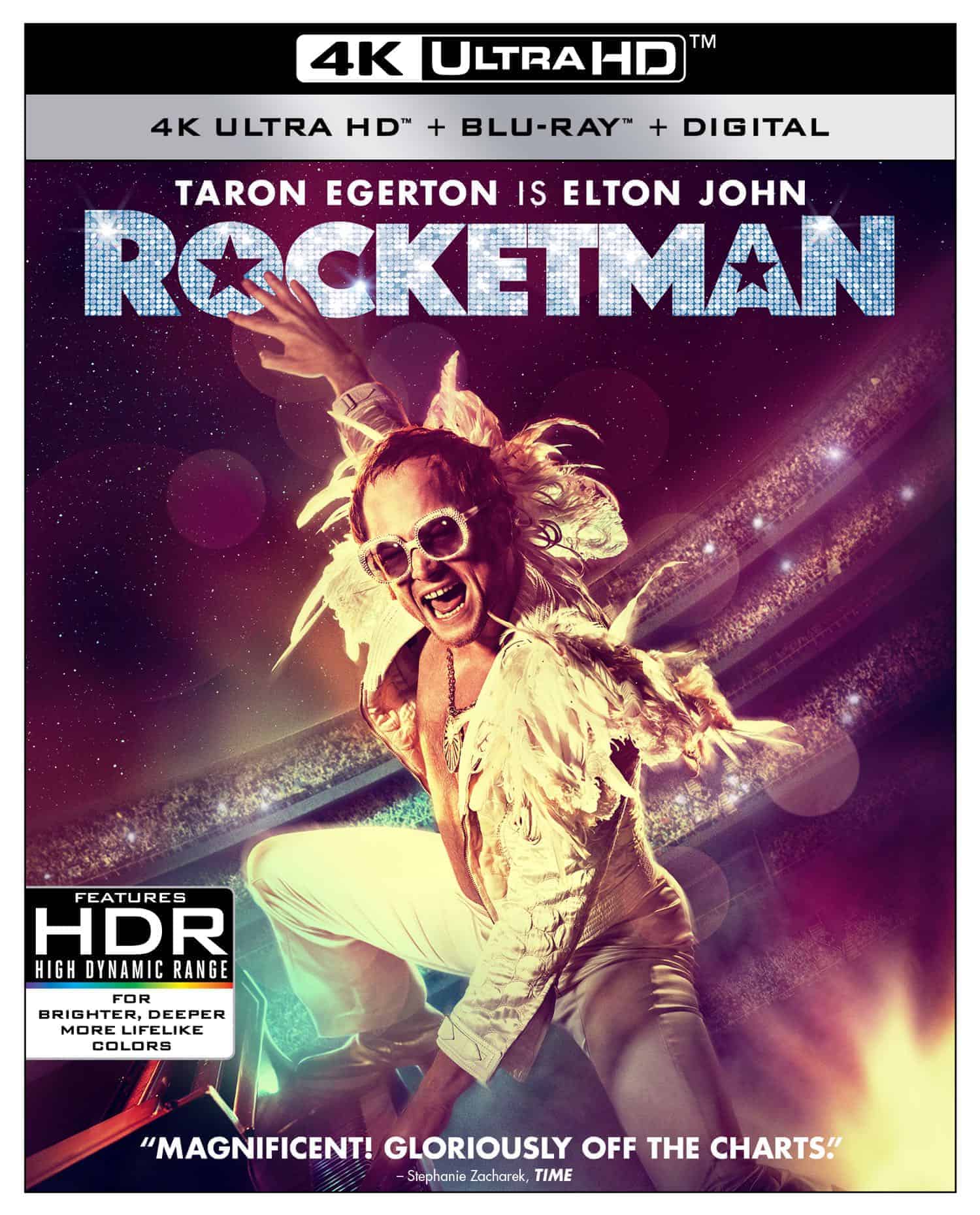 APPLE TV (iTUNES) EXCLUSIVES
· Be True to Yourself: Elton John’s Lasting Impact
· Rehearsal Shoot for “The Bitch Is Back”

The ROCKETMAN DVD includes the feature film in standard definition.