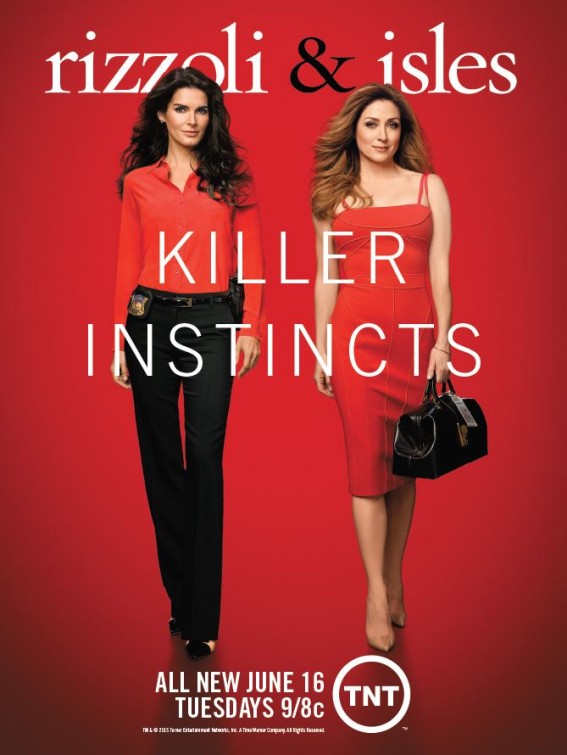 In Rizzoli & Isles, Harmon plays Jane Rizzoli, a tough-as-nails Boston police detective. Alexander is Dr. Maura Isles, a smart, impeccably dressed medical examiner from a privileged background. Despite being complete opposites, the two women share an offbeat chemistry, an authentic and deep friendship and a unique working relationship. It’s a killer combination that helps them put even the most dangerous criminals behind bars.

Season 6 of Rizzoli & Isles will add a wide array of cases to Jane and Maura’s docket, from a high-end art heist that gives them chance to do some undercover work to an emotionally raw murder investigation targeting one of their own fellow detectives. They’ll even wade into the cutthroat world of competitive bass fishing in order to hook a cold-blooded killer. In addition, Scottish actor Adam Sinclair (24: Live Another Day) will guest star in several episodes as Kent Drake, an assistant medical examiner completing his six-month internship in Maura’s office.