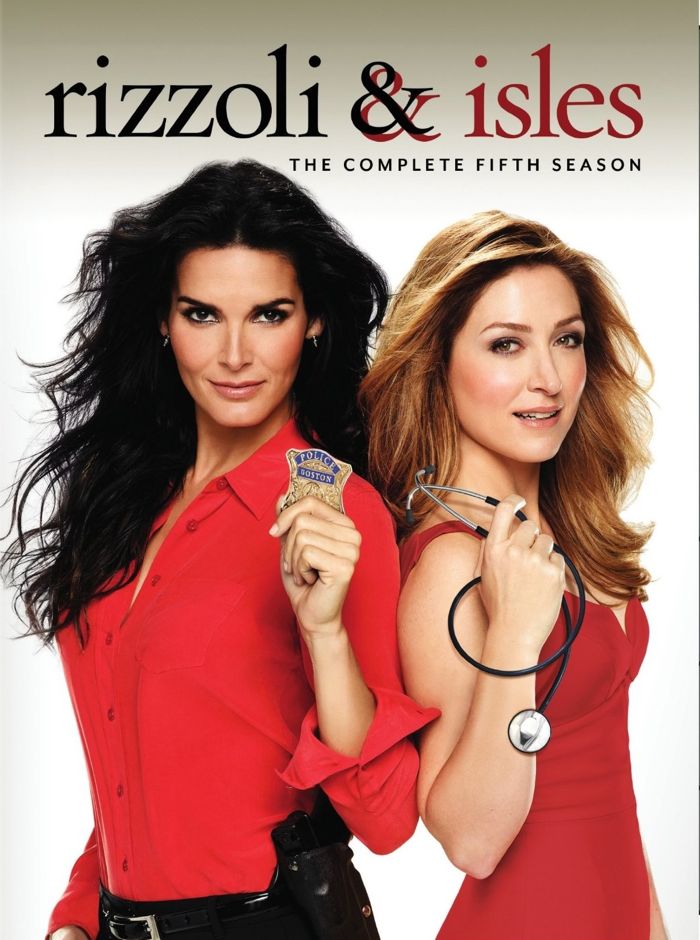 Seat42f and Warner Bros. Home Entertainment have teamed up to give THREE lucky winners a copy of RIZZOLI & ISLES Season 5 on DVD. For a chance to win leave a comment below telling us why you want to add RIZZOLI & ISLES Season 5 to your DVD collection. Only one entry per person. Contest ends June 9th. Winners will be notified on June 10th via email so make sure to use a valid email address when you post your comment.

Based on the best-selling crime thriller books by Tess Gerritsen and executive produced by Jan Nash (Without a Trace), Rizzoli & Isles focuses on tough-as-nails Boston police detective Jane Rizzoli (Harmon), who has an uncompromisingly brash and beautiful bull-in-a-china-shop approach to both cases and life, and the brilliant medical examiner from a privileged background, Dr. Maura Isles (Alexander), who may be the best-dressed science nerd in New England. Together they are close friends and complete opposites who solve some of Boston’s most notorious crimes.

In Rizzoli & Isles: The Complete Fifth Season, Jane and Maura continue to work together to solve the city’s most puzzling cases, including, investigating the murder of a mother who is killed while jogging in a park and, when a seller of rare books is killed, Jane and Maura are drawn into the world of Keltic writings as they investigate his murder. The team’s detective skills are also put to the test when they discover the mummified remains of a woman, and Jane and Maura investigate the death of a man who died suspiciously in a bathtub filled with ice during a heat wave. Season five is loaded with several more exciting new cases and action-packed adventures no Rizzoli & Isles fan will want to miss.