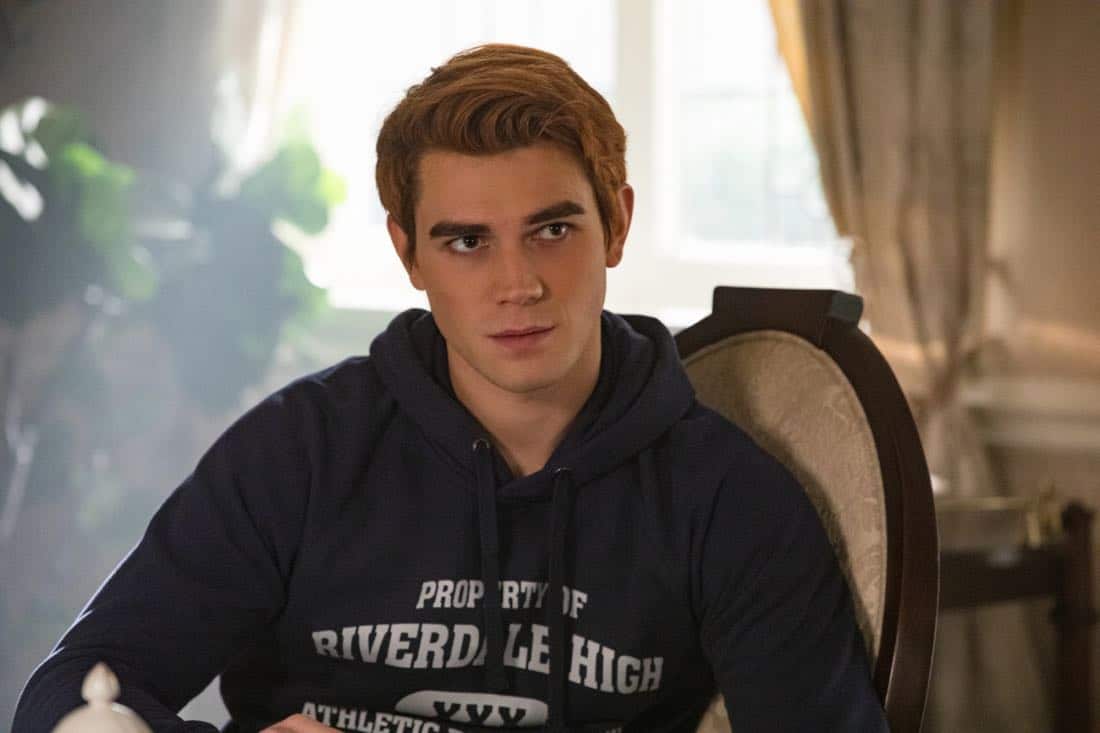 Meanwhile, Jason’s twin sister Cheryl (Madelaine Petsch) ruled the school as Riverdale High’s venomous, merciless Red Queen—until she learned the true identity of Jason’s killer. As the town breathed a collective sigh of relief that Jason’s killer had been found out, another terrible crime occurred, in a space that had been considered one of the town’s safest, most innocent places. If Jason Blossom’s murder revealed the slimy underbelly beneath Riverdale’s surface, as we enter Season Two, the shooting of Fred Andrews threatens to plunge the entire town into utter darkness.