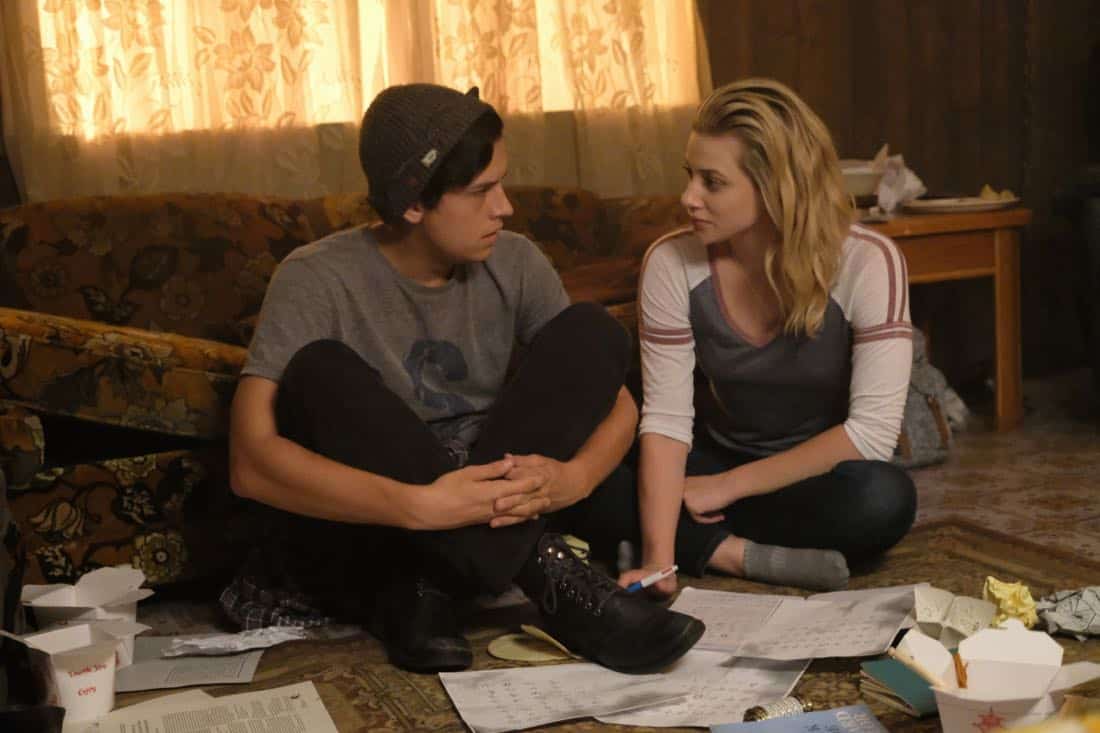 As the CW’s teen drama RIVERDALE continues its Season 2 homage to the film SCREAM, the Riverdale serial killer is set to strike again in this week’s episode, Chapter 17 “The Town That Dreaded Sundown.” When Betty (Lili Reinhardt) receives a “for your eyes only” letter from the Black Hood killer, he offers her an encrypted clue as to who will be the next target on his list. But as Betty and Jughead (Cole Sprouse) trying to unravel the mystery, Jughead is increasingly torn between his desire to protect his friends and the need to keep the Southside Serpents from unleashing their own justice on Riverdale.

And dare we forget, what about Archie (KJ Apa) and the Red Circle? Surely they are not content to sit on the sidelines just as things are heating up. In fact, Archie is not and, after throwing down the gauntlet in his video warning the Black Hood in last week’s episode, Archie sets himself up as bait, resulting in a bloody smack down with the Serpents.

With Archie consumed on vengeance, Veronica (Camilla Mendes) refuses to be back-burnered and becomes embroiled in the action along with him. But can she save Archie from himself and save him from the Serpents at the same time? Will Veronica find a way to persuade Archie to use his head and keep him from doing something so dangerous that they both end up in jeopardy?

Surprisingly, Kevin (Casey Cott) and Reggie (Charles Melton) have key parts to play and just might save the day in their own way.

Also: why hasn’t F.P. (Skeet Ulrich) been sprung from jail yet? The Season 2 homage to SCREAM would not be complete without him and desperately needs the source of its inspiration back in the action.

Finally, just why has the Black Hood set his twisted sights on Betty? What sick little game is he playing? From what we have seen, the Black Hood is a bit conflicted in how he selected his victims. He shot Fred (Luke Perry), but spared Archie. He strangled Ms. Grundy (Sarah Habel), but did not quite finish off Moose (Cody Kearsley) and Midge (Emilija Klump) when he shot up their car. Is he truly hell-bent on killing or is that just a ruse to conceal his true target: Betty? Just what is it about Betty that has inspired this killing spree? And what can she do to stop it?

The final words of the episode will send icy shivers down your spine, so do not miss one second of this week’s RIVERDALE, Wednesday night, November 1st at 8:00 p.m. on the CW, as the death knell rings for yet another.