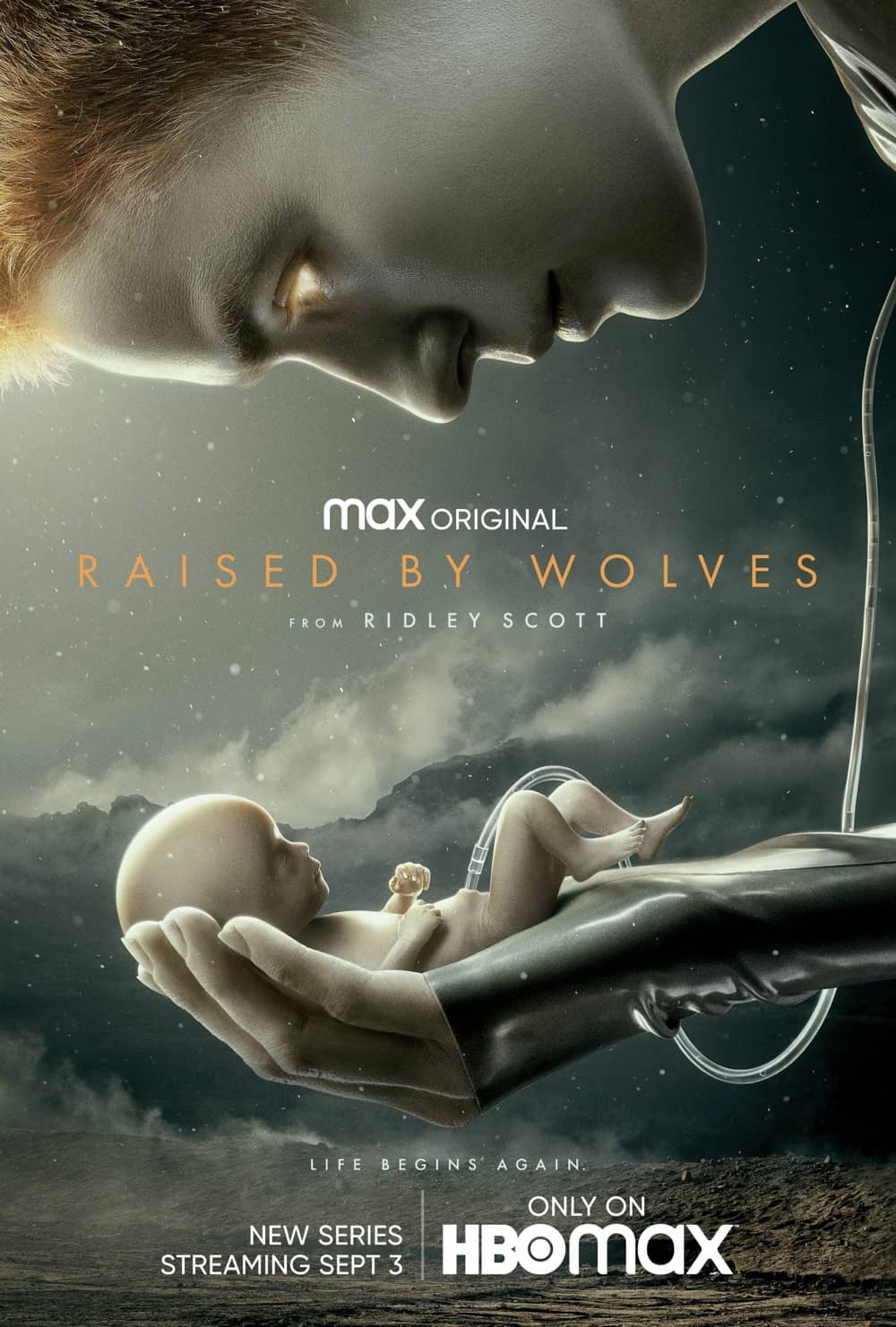 After a striking debut on the streamer as the #1 performing Max original since the platform’s launch, HBO Max has ordered a second season of Raised by Wolves, a serialized sci-fi series from master storyteller and filmmaker Ridley Scott (The Martian, Gladiator, Alien), which has immersed fans into the rich, intricate world of Kepler 22-b. The series, which debuted with three episodes on Sept. 3, has continued to be a strong performer in its second week on the platform, growing its audience by nearly 50% week over week.

“When I think of Raised by Wolves, I think of artistry; artistry in crafting a compelling storyline, artistry in the out-of-this-world production design, special effects and cinematography, artistry in our actor’s portrayals of these memorable characters, and artistry attached to the legendary work of Ridley Scott, Aaron Guzikowski and our phenomenal crew,” said Sarah Aubrey, head of HBO Max. “This chart-topping series beautifully weaves together Ridley’s hallmarks of sci-fi and horror while offering fans one of the most original storylines they’ve seen in some time. I can’t wait to see what’s in store for season two.”

“Being a dyed-in-the-wool advertising man, I was knocked out by the extraordinary campaign done by HBO Max marketing, which conveyed the ambitious storyline in such a provocative and tactile manner, and deftly positioned our first season of Raised by Wolves as a “must watch” show. It must have been a notable challenge to selectively plumb the riches In Aaron’s storylines. We were even happier that audiences have responded so enthusiastically,” said Ridley Scott. “We are already deep into the “layers” of season 2, as Aaron has begun to shape what we think will be another brilliant season to inspire the imagination.”

Raised by Wolves centers on two androids tasked with raising human children on a mysterious virgin planet. As the burgeoning colony of humans threatens to be torn apart by religious differences, the androids learn that controlling the beliefs of humans is a treacherous and difficult task. Scott serves as an executive producer on the series and directed the first two episodes, marking his television series directorial debut for American audiences. The series was created by Aaron Guzikowski, acclaimed writer and visionary behind the highly lauded film, Prisoners.

Critics have lauded the series, with IGN calling it “one of the most interesting sci-fi shows in years. Meanwhile, The Wall Street Journal heaps praise on Amanda Collin (A Conspiracy of Faith, A Horrible Woman), who stars as Mother, as “one of the most memorable female/female-like space entity since Sigourney Weaver’s Ripley in “Alien”—or the alien in “Aliens.” Collin’s performance, alongside her character’s counterpart, Father, played by Abubakar Salim (Fortitude, Jamestown), has been underscored as “top-notch” by Forbes.

About Scott Free Productions
Scott Free Productions, founded in 1995, is the film and television production vehicle of acclaimed filmmaker Ridley Scott. In the 25 years since Scott Free was formed, the company has earned over 100 Emmy nominations with 22 wins, and 28 Golden Globe nominations for its television projects. Current productions include the forthcoming HBO Max sci-fi epic, RAISED BY WOLVES, the first-ever American television series helmed by Ridley Scott; THE GOOD FIGHT, the critically-acclaimed CBS All Access spin-off of THE GOOD WIFE recently ordered to season five; an inventive heist anthology series, JIGSAW, to shoot in 2021 for Netflix; the investigative drama series THE BEAST MUST DIE for U.K.’s Britbox, starring Jared Harris.

Other hailed Scott Free productions include the THE HOT ZONE, the highest-rated scripted series in National Geographic channel’s history; four seasons of Amazon’s epic drama, THE MAN IN THE HIGH CASTLE; two seasons of the AMC psychological horror series, THE TERROR; Emmy and Golden Globe-nominated, Peabody-winning drama, THE GOOD WIFE, which ran on CBS for seven seasons; the network series adaptation of Justin Cronin’s THE PASSAGE, for Fox network; two seasons of the eponymous series adaptation of George Pendle’s book STRANGE ANGEL on CBS All Access; the BAFTA-winning TABOO for FX/BBC1; Jean-Claude Van Damme’s action-comedy half-hour for Amazon, JCVJ; two seasons of the esteemed PBS Civil War medical drama, MERCY STREET; NUMB3RS, which ran for six successful seasons on CBS; and the acclaimed Emmy-nominated National Geographic channel series of “Killing” telefilms: KILLING JESUS, KILLING KENNEDY, KILLING REAGAN and the docudrama KILLING LINCOLN. Other notable long form programs include KLONDIKE for Discovery; the Emmy and Golden Globe-nominated THE PILLARS OF THE EARTH for Starz; WORLD WITHOUT END for Reelz; Emmy-nominated INTO THE STORM for HBO; Emmy-nominated THE ANDROMEDA STRAIN and COMA for A&E; the Golden Globe-nominated THE COMPANY at TNT; and a feature-length digital series for X-Box/Microsoft, HALO: NIGHTFALL. Acclaimed non-fiction programs include CNN’s CRIMES OF THE CENTURY; and longform documentaries such as the Emmy-winning special GETTYSBURG for History Channel; Hulu’s RE: GENERATION MUSIC PROJECT, directed by Amir Bar-Lev; I AM DYING, directed by Dan Lindsay and TJ Martin for National Geographic; and Apple’s CLIVE DAVIS: THE SOUNDTRACK OF OUR LIVES, which opened the 2017 Tribeca Film Festival.