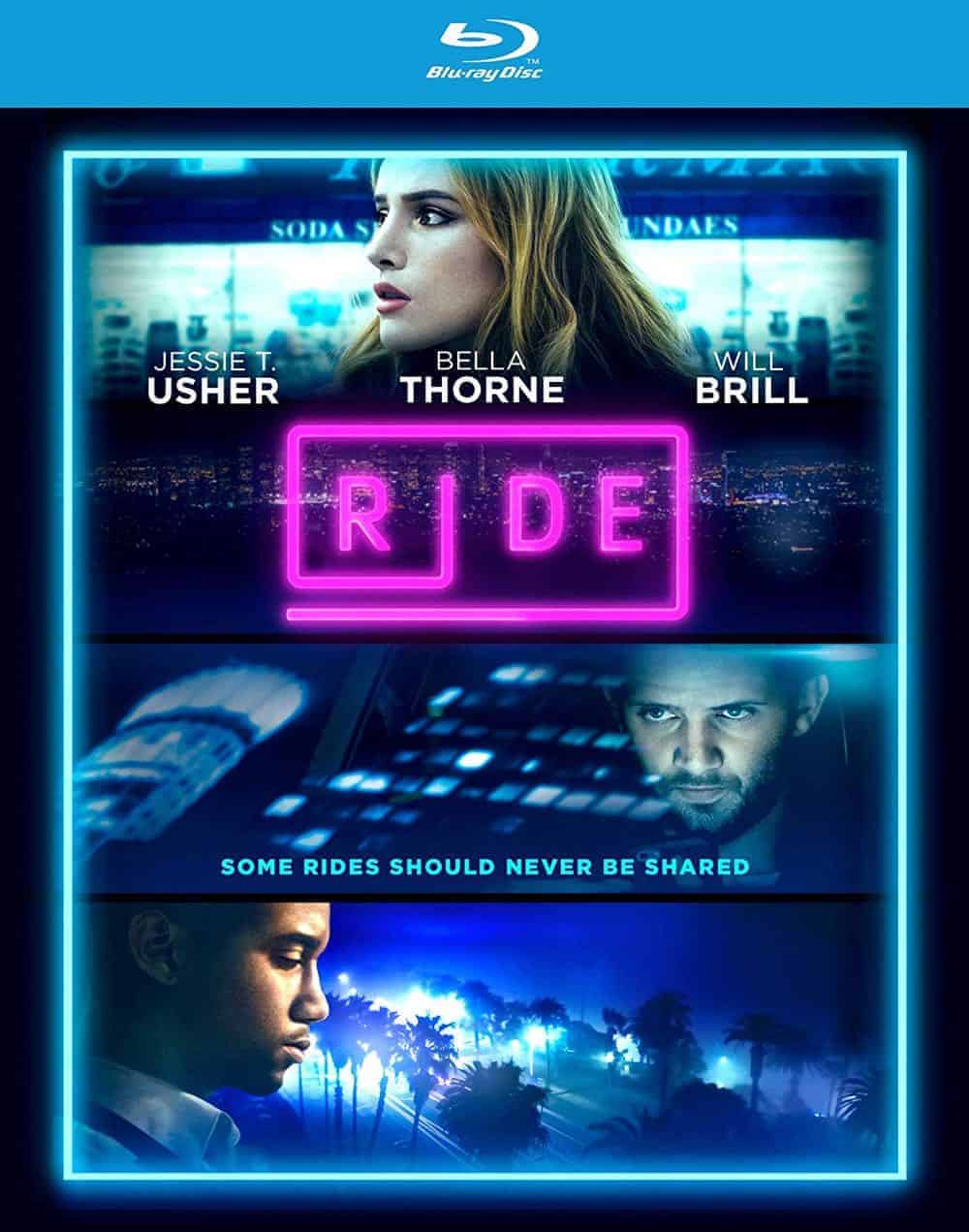 Seat42F and RLJ Entertainment have teamed up to give two lucky winners a copy of RIDE on Blu-ray. For a chance to win send an email to contest@seat42f.com and tell us your favorite ride sharing service. Only one entry per person. Contest ends December 12th. Winners will be notified on December 13th via email.

RLJE Films (NASDAQ: RLJE) will release the thriller film RIDE on DVD and Blu-ray on December 4, 2018. RIDE stars Bella Thorne (Midnight Sun, “Famous in Love”), Jessie T. Usher (Shaft, “Survivor’s Remorse”) and Will Brill (“The Marvelous Mrs. Maisel”, “The OA”). The film marks the feature film debut from writer/director Jeremy Ungar. RLJE Films will release RIDE on DVD for an SRP of $29.96 and Blu-ray for an SRP of $29.97.

In RIDE, a struggling actor by day, James pays his bills by driving people around Los Angeles for a ride sharing service. His night starts out like any other, but he can’t believe his luck when he picks up the beautiful Jessica, and they immediately hit it off. His next fare, the fast-talking Bruno, convinces James to go back and invite her to join them for a wild night out. But things take a shocking turn when Bruno, armed with a gun and a twisted idea of fun, forces them on a terrifying, white-knuckle ride that quickly spirals out of control.