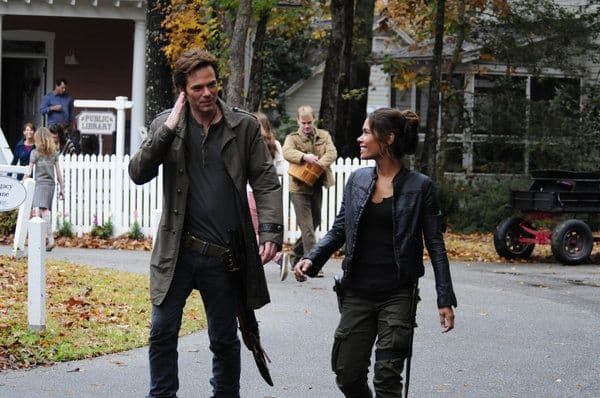 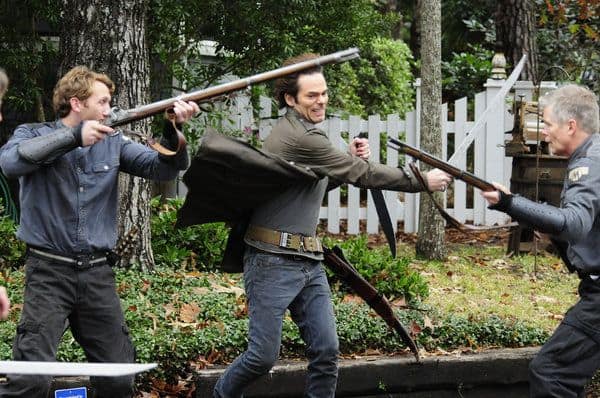 REVOLUTION Season 1 Episode 12 Ghosts Photos : HEROISM, HEAVY HEARTS AND HEAVY WEAPONRY DRIVE THE REBELS ONWARD – A final act of heroism by one of their own saves the lives of the Charlie and the gang, but the loss devastates everyone and they must carry on with heavy hearts but increased resolve. Miles (Billy Burke) sets out on a mission with Nora (Daniella Alonso) to recruit his former Militia comrade, Jim Hudson (Malik Yoba) and enlist his savage killing skills. Meanwhile, Rachel (Elizabeth Mitchell) looks for a power source and a way back into the heart of her daughter Charlie (Tracy Spiridakos). Rachel also attempts to elude the grip of Randall Flynn (Colm Feore), her ruthless former boss and ally of Monroe (David Lyons).Also starring Zak Orth and Leland Orser