What would you do without it all?  In this epic adventure from J.J. Abrams’ Bad Robot Productions and “Supernatural’s” Eric Kripke, a family struggles to reunite in an American landscape where every single piece of technology — computers, planes, cars, phones, even lights — has mysteriously blacked out forever.  A drama with sweeping scope and intimate focus, “Revolution” is also about family — both the family you’re born into and the family you choose.  This is a swashbuckling journey of hope and rebirth seen through the eyes of one strong-willed young woman, Charlie Matheson (Tracy Spiridakos, “Being Human”), and her brother Danny (Graham Rogers, “Memphis Beat”).  When Danny is kidnapped by militia leaders for a darker purpose, Charlie must reconnect with her estranged uncle Miles (Billy Burke, “The Twilight Saga”), a former U.S. Marine living a reclusive life.  Together, with a rogue band of survivors, they set out to rescue Danny, overthrow the militia, and ultimately re-establish the United States of America.  All the while, they explore the enduring mystery of why the power failed, and if — or how — it will ever return. 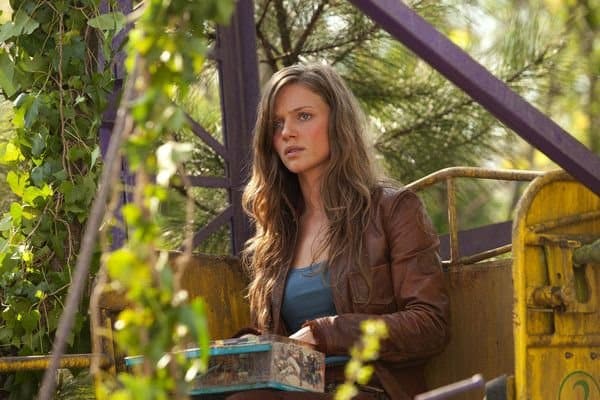