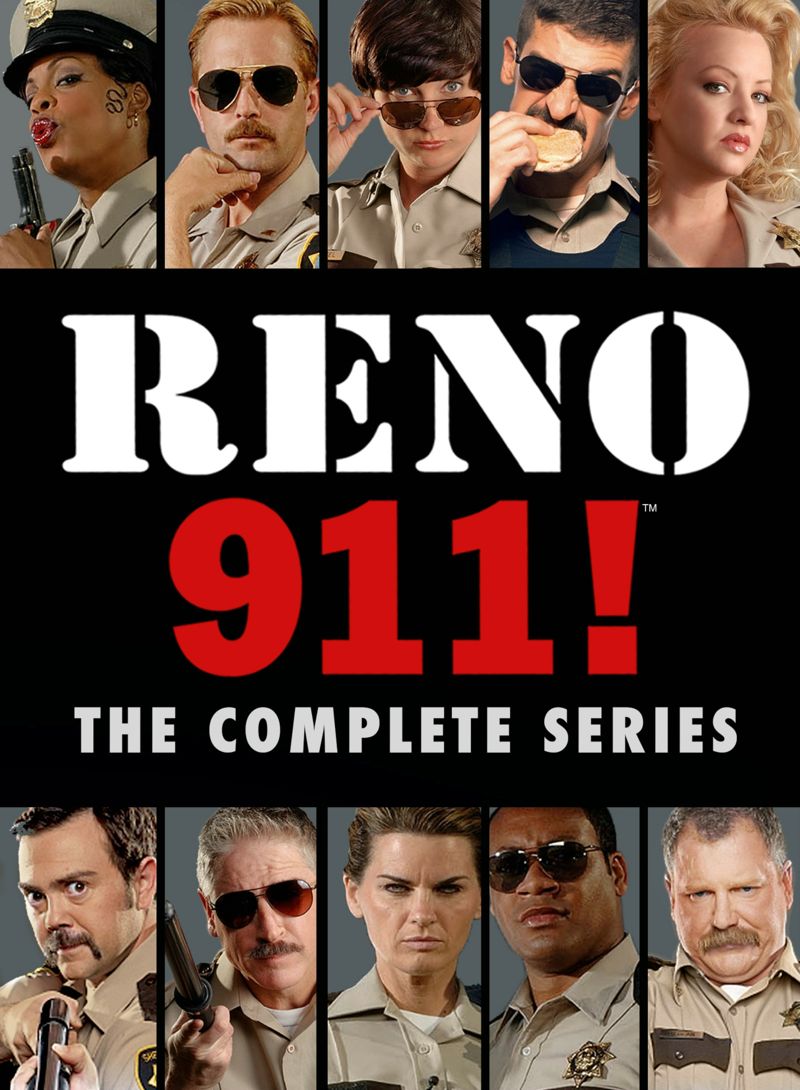 Seat42f and Paramount Home Entertainment have teamed up to give TWO lucky winners a copy of RENO 911 THE COMPLETE SERIES on DVD. For a chance to win leave a comment below telling us why you want to add RENO 911 to your DVD collection. Only one entry per person. Contest ends November 14th. Winners will be notified on November 17th via email so make sure to use a valid email address when you post your comment.

A critically acclaimed, hit series which ran for six seasons, “Reno 911!” let viewers ride shotgun with the courageous men and women of the Washoe County Sheriff’s Department as they lay down the law and put their lives on the line. Whether the Deputies are busting down the doors of a meth lab or busting “moves” at a local nightspot, the Reno 911! camera doesn’t blink.

Bonus features include audio commentary on 32 episodes; over an hour of alternate, extended and deleted scenes; almost two hours of outtakes; and featurettes “Cops Psychology: Inside the minds of Reno’s Deputies” and “Profiles in Valor.”